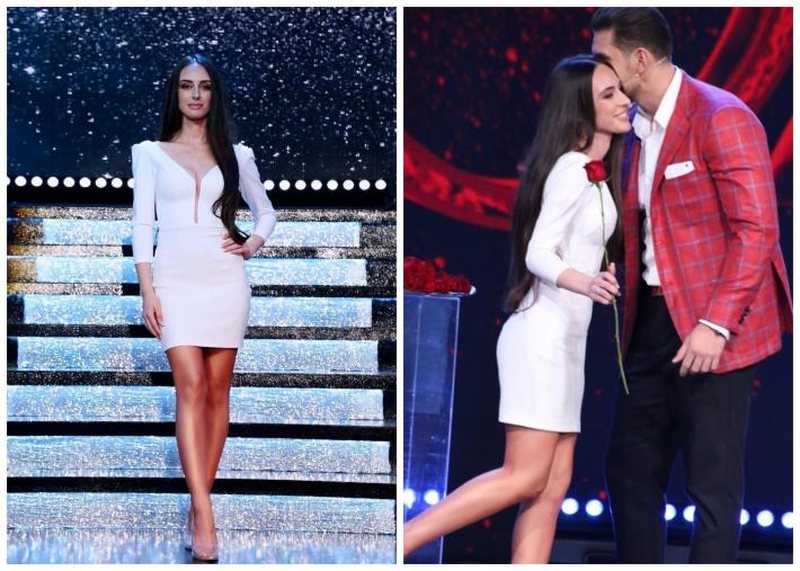 Drita, the former contestant of the show "Love Story" on TV Klan, in an interview for "Daily Love Story", has confessed that Saimiri did not write them as he did with other girls.

She even said that she feels discriminated because he did not even invite her to meetings.

Drita: Maybe I should have talked more on the show because I was very silent.

Do you think this has penalized you?

Drita: I think so, because he saw me as differentiated. Apparently I won the hearts of the girls and the public but not Saimir.

Stop people on the street?

Drita: Yes, they stopped me, they complimented me. Even moms write to me…

If Saimiri invited you to the wedding, would you go?

But why not, we have respect for each other. I would go as a friend to both parties. It would be nice to pull the dance of society.

Has Saimiri ever written to you?

Drita: I feel discriminated against, because I was neither in the meeting, nor did I write anything, nor anything.

Do you think the girls here are really friends or pretenders?

Drita: Until I was part we were really connected to each other because we spent a lot of time together.

"I have blackened my life", Bora Zemani makes the exciting wish to the dear man of her heart: I love you even more! (PHOTO)

"I was out of control", the famous actress tells for the first time how her mother admitted her to a psychiatrist at the age of 13: I stayed 18 months!

It was rumored that they are still together, Rinian's ex-Russian girlfriend reacts for the first time and surprises everyone: You are a ...

"They threw the virus by plane" / Albërie Hadërgjonaj surprises everyone with her statement, tells the battle with COVID and the recipe she used: I could not stand the pain!

Megi Pojani, is known to the Albanian public as an actress who has participate...

Ardit Gjebrea leaves for Turkey? The moderator himself reacts and shows how his health condition is (PHOTO)

Moderator Ardit Gjebrea 2 weeks ago made public the news that he had tested po...

No more doubt! Here is the detail that revealed Andy and Melissa are together (PHOTO)

Melissa-Andy are one of the most talked about couples of recent days, in addit...

"There was a virus in the campaign as well", the famous singer revolts badly: From next week he will start ...

Singer Labinot Tahiri has spoken out against the anti-COVID measures, as he ha...

Are Tea and Bearti engaged? The photo that raised suspicions about the much-discussed couple is published

Tea Trifoni and Beart Rexhepi are enjoying their love affair, after the big ro...

You do not know him! Now she presents "Përputhen" and has a great fame, but you will not believe what Bora Zemani did in her beginnings on "Top Channel"

Today he is one of the most popular public figures, we are talking exactly abo...