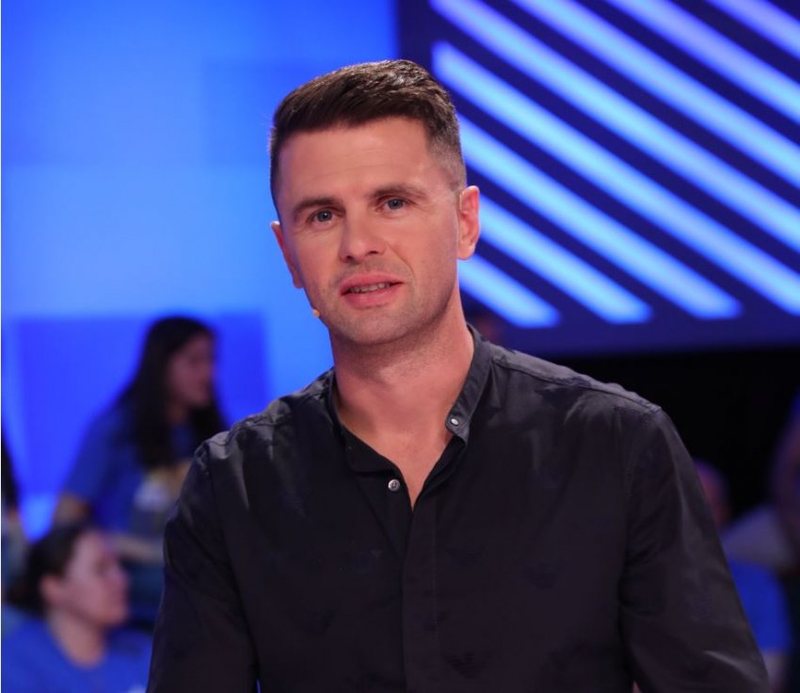 Former national team captain, Andi Lila has confessed for the first time about his 16-year marriage with Ornella. The couple is the parents of two children, daughter Axa and son Ayan.

Invited to the show 'Aftër Party', the former footballer said that in his relationship he does not keep secrets and talks openly with his wife. When asked about intimate details, Andi Lila confessed that sex with his wife is better after marriage.

Do girls harass you more now that you are a dad or when you were single?

Andi Lila: I have never been bullied

Food before pleasure or pleasure before food?

Should relationships be kept secret or should everything be talked about?

Andi Lila: To be open

Are you jealous of me or your partner?

Andi Lila: Both at certain moments

Better sex before or after marriage?

Andi Lila: After marriage you get experiences

Do they shower alone or with their partner?

Andi Lila: Just not at all

A worthy victory with the national team or a million dollar contract?

Andi Lila: Both together.

Albi Nako offended her in the middle of the show, the contestant surprises everyone with her reaction: We have known each other for 20 years! Everything was ...

Shqipja published photos that the competitor and Tea were leaving together from a hotel, Bearti shows Andi the image he would not like: In front of the camera as a man, outside the camera as ...

"Better get married, have children" / The well-known Albanian moderator turns badly on Albi Nakos and leaves nothing unsaid: Shame!

"Better get married and have children" / He was 'crucified' because he was silent after the sensational statement of Albi Nakos, the moderator of Top Channel comes out with a strong reaction

Tea went out as a couple with Andi from 'Përputhen', Shqipja does not stop and explodes another 'bomb', he takes pictures of her leaving the hotel with the famous character

Is he jealous of Amin? Ermal Mamaqi leaves everyone speechless with what he says in the middle of the show: I can not imagine ...