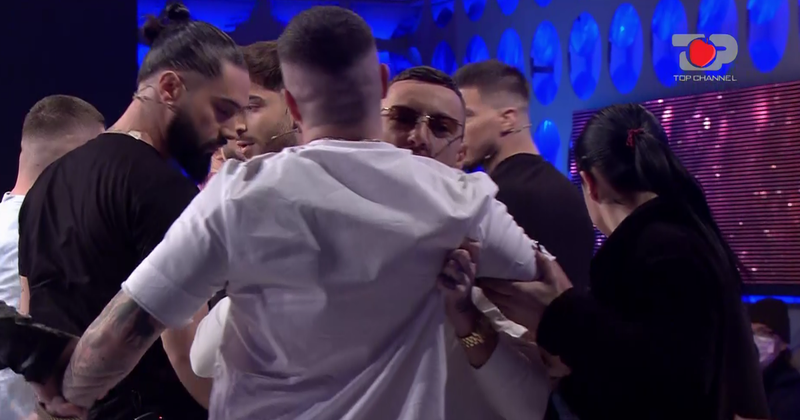 An unusual situation was created in today's episode of "PërPuthen", where Fationi and Erisi, the young boy who joined the show, got involved in a conflict.

It all started after Lediana asked to leave the show, while Erisi took the floor, saying that the reason for this was precisely the insults and ignorance she received from other competitors, mentioning Melissa.

But he was opposed by Fation and a strong debate broke out between them.

But at one point, Fationi got up from the seat and went in the direction of Eris, while all the other boys got up to not let them get involved in a physical conflict while the broadcast was interrupted.