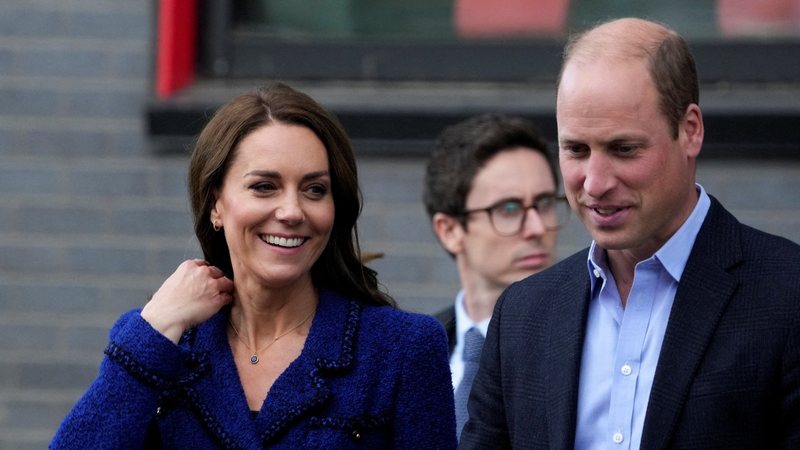 A new photo has been released from Prince William and Kate Middleton's wedding, which took place in April 2011, and royal fans noticed that the then Duke of Cambridge changed clothes after the ceremony at Westminster Abbey.

The never-before-seen photo appeared on Ebay at the weekend when someone posted the couple's first Christmas card together, which was sent to family and close friends just eight months after they married.

The card reads: “Jonathan, we wish you a Merry Christmas and a Happy New Year. Catherine and William.' The black and white image shows the happy newlyweds on their wedding day, sitting together in a room at Buckingham Palace, while the card below sells for £2,999.

Prince William originally wore a red Irish Guards colonel's uniform for his big day, having been commissioned a colonel two months before his wedding, but the new photo shows he later changed.

The new photo, which shows the second outfit, confirms that William's original wedding wish has finally come true. "What I really wanted to wear was the Irish Guards uniform," he said in a 2012 interview.

Kate Middleton wore a second wedding dress on her big day, as pictures showed at the time. The Princess of Wales opted for an A-line silk dress with a plunging neckline and a shimmering silver belt, which she teamed with a fuzzy white cardigan.

Kate wore the ensemble during a reception hosted by Queen Elizabeth at Buckingham Palace for 650 people.