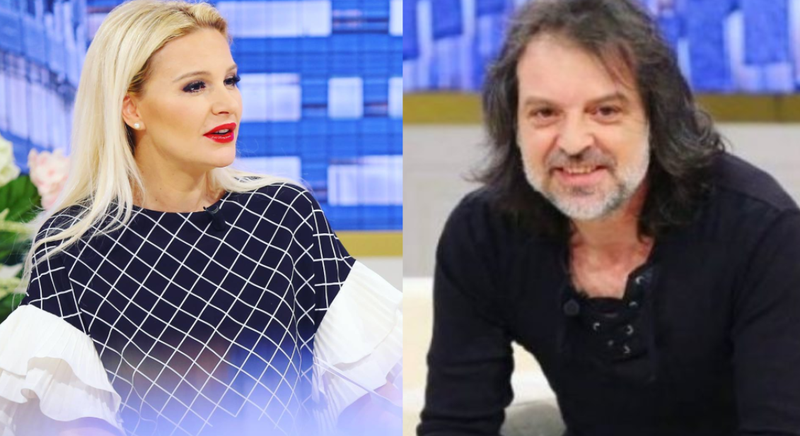 Famous singer Redon Makashi, invited to the show 'Rudina', talked about the new project he has recently brought. He has brought back his song "Më mohove" in another version and with a video clip.

During the interview, Redoni told a story that happened to him in Egypt when he was with Aleksandër Gjoka and Dashnor Dikon. He tells that they were invited to the concert, but ended up planting trees in the hills of Egypt.

Rudina Magjistari: What is he about mo Redon?

Redon Makashi: This was taken in Egypt, not in an activity but in physical work.

Rudina Magjistari: What does it mean?

Redon Makashi: It is a very long story.

Rudina Magjistari: Who were you there with?

Redon Makashi: I was with Sandra with Lover Dikon, it is a story that will keep us half an hour telling it.

Rudina Magjistari: Tell me the moment of buying the ring.

Redon Makashi: Initially we went for activity, but we ended up planting trees in Egypt. The boys and I went to concerts. The invitation was confused, the invitation of the Ministry of Agriculture had arrived. There is gala this story, it is long. Sandri said I did not work in Albania, I will plant trees in Egypt.

Rudina Magjistari: Did you really go to plant trees in Egypt?

Redon Makashi: No we did not accept, we made a revolt. We went among the blacks, are we coming here, do we have a concert, we said to the minister, will we do a concert or not? After talking to the organizers who had invited us, he said, "Boys, we have confused the invitation, we need to plant some trees." What trees?

We could not return to Albania because the ticket was for 15 days. Yes there is a lot of history, it is very long. And in the end, the last money we had left, because we spent the money, we did not even have money with us, we went and bought it all from a bracelet, but none of the boys have it, mine resisted.