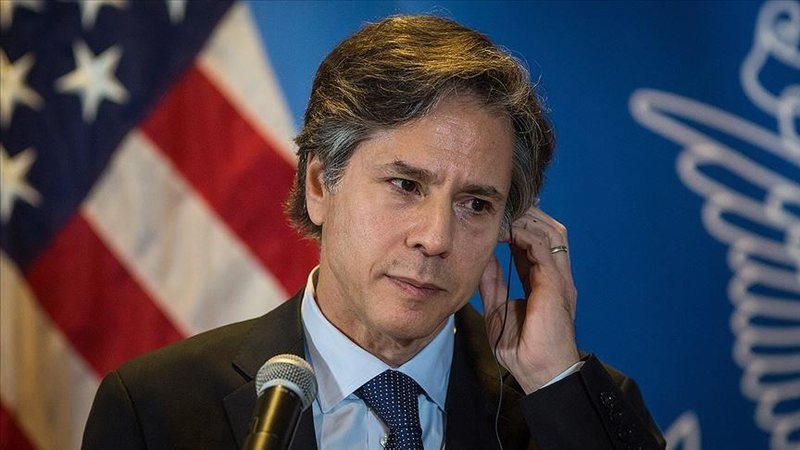 US Secretary of State Antony Blinken on Wednesday assured Ukrainian President Voldymyr Zelenskyy of the United States' commitment to Ukraine's "territorial integrity" amid continuing fears of a possible Russian invasion.

Secretary Blinken's hastily planned trip to Ukraine and Germany is taking place ahead of talks with Russian Foreign Minister Sergey Lavrov on Friday in Geneva.

Russia has deployed about 100,000 troops near the border with Ukraine, and U.S. officials said Tuesday that they believed Russia was capable of launching an attack.

Speaking to diplomats at the US embassy in Kiev, Secretary Blinken said earlier in the day that he strongly hoped Russia could adhere to a diplomatic and peaceful path, while stressing that the increase in the Russian presence was happening without "without provocation, without reason." ”.

The administration of US President Joe Biden said Wednesday that it was offering an additional $ 200 million in military aid to Ukraine amid growing fears of a Russian invasion.

The United States has not concluded whether Russian President Vladimir Putin plans to invade Ukraine or whether the use of force is intended to secure security concessions without a conflict.

Russia has rejected calls to withdraw troops, saying it has the right to deploy its forces wherever it wants on Russian territory.

Secretary Blinken's meetings follow diplomatic talks between Moscow and the West in Europe last week, which failed to resolve strong differences over Ukraine and other security issues.

After Kiev, Secretary Blinken will travel to Berlin to meet with German Foreign Minister Annalena Baerbock and later have a meeting of the Transatlantic Quartet, a format that includes the United States, Britain, France and Germany.

Secretary Blinken spoke by telephone with the Russian minister on Tuesday, and the two decided it would be helpful to meet in person.

Lavrov said in a speech in Moscow that Russia would welcome US diplomatic efforts and reiterated Russia's accusations that Ukraine was "sabotaging" agreements aimed at ending the conflict between Ukrainian troops and Russian-backed forces in eastern Ukraine. ./VOA