Tears burst into tears Albana Osmani, who is the boy who made the moderator cry in the middle of the show 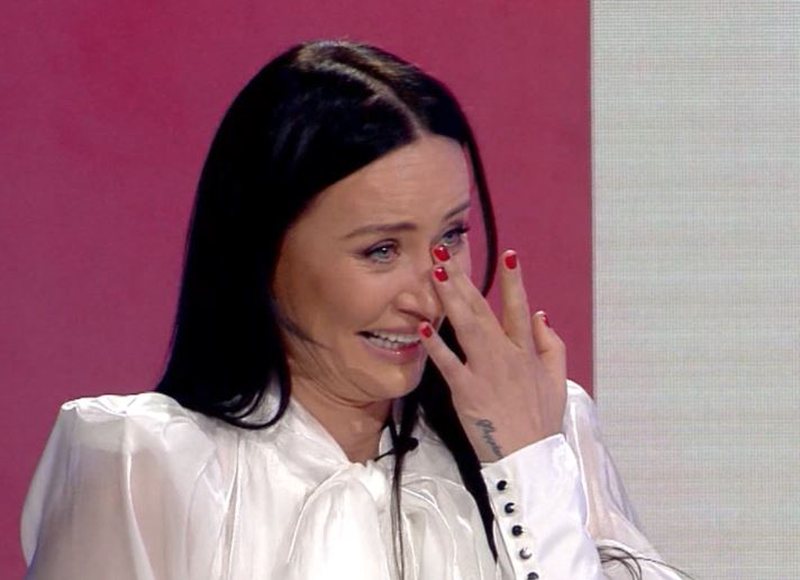 Moderator Albana Osmani was surprised by her nephew, Henry, who dedicated some exciting words to her from London, where she openly expressed her love for her aunt.

"Albana is an inspiration to me. Ever since I was a little boy you have been an example to me and I have been very proud of you lately, as you published your book "Çika", for the "I am a sunflower" campaign. You are an inspiration to many children in the world. "I love you unconditionally from the bottom of my heart and wish you endless success for the rest of your life", he said.

Meanwhile, the tearful Albana thanked her and showed that it is her weak point, as they are very similar.

"It's Henry, he's my nephew. I love her too from the bottom of my heart. He is my nephew, he is the son of my sister, Ermira. He is a special boy, blessed in every aspect. He is very talented and God has given him many gifts. Lives in England, was born there. He actually speaks Albanian, but he is afraid that he will make a mistake and he does not want to make mistakes, because he is just as patriotic, and he loves Albania just as much. From a young age, everyone tells him, just like Albana that I am his aunt. It is my weak point and the message was very beautiful ", declared Osmani.

The relationship with Tean / Andy gives the good news to the public, here is what is expected to happen soon

Returned to the show, Andi turns to Ledjana badly for Mevlani: He rejected us ... (Debate)

"Marku, Viktoria and I are not alone at dinner", Rudina Dembacaj excites with the message for her partner's children (PHOTO)

The moderator of 'Top Channel' speaks openly, shows how much energy is consumed by the "activity" in bed and melts everyone with laughter

In the show of Bieta Sulos, today was discussed a recent study that showed that ...

Asked to leave the show for a while, Ledjana makes the move that was not expected so quickly

A few days ago Ledjana decided to take a break from "Match". It took time for th...

The Trump couple arrives in Mar-a-Lago to start a new life / The change of Melania Trump when she got off the plane did not escape the world media, the former First Lady has 'hung on the nail' ... (Photos that are making the rounds on the network)

Melania Trump seems to have 'hung in the nail' her First Lady shoes as she got...

It is no longer known! "How did you lose weight?" / The famous Albanian singer reveals the secret after losing many kilograms

With her move to Austria, Greta Koçi has also changed her lifestyle. Fa...

"Lolly till I die", what the tattoo that made the Homeland cry in the middle of the show shows: I experienced a lot of pain and loss!

Yesterday Homeland made a different story and that was not so easily expected ...

What is going on between them? Melissa publishes the sweet photo with Homeland and makes the exciting dedication: No need for description!

Yesterday Melisa and Atdheu had their second meeting which was full of emotion...