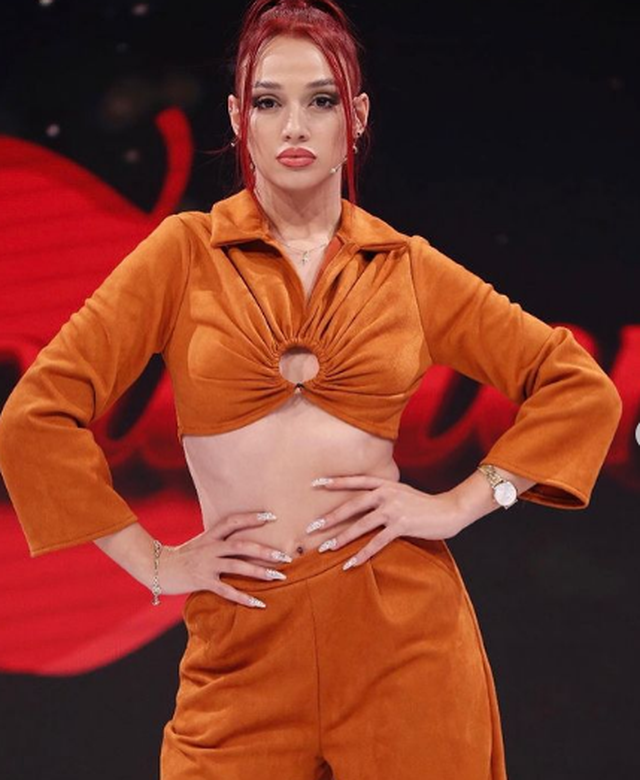 A strong debate has recently opened and this time it is about the former resident of "Big Brother", Damiano Agalliu and the competitor of "Perputhen", Melissa. Damiano posted on Instastory some statuses where he criticized Bora Zeman for the presentation and called on the author Olsa Muhameti to draw Melissa's ear.

"Melissa's behavior is intolerable when she turns to others with mimics on her face, in a mocking way. "What Arjan Konomi says is 'disgusting.' A beautiful expression says the way you treat others shows you, your education and your culture," writes Damiano.

He further writes that Melissa is acting as hysterical against the fact that Mevlani dedicated songs to Lediana.

Melissa's response was not delayed either, which she returned to Damiano through several posts on Instastory where she writes that the former resident is asking for attention. 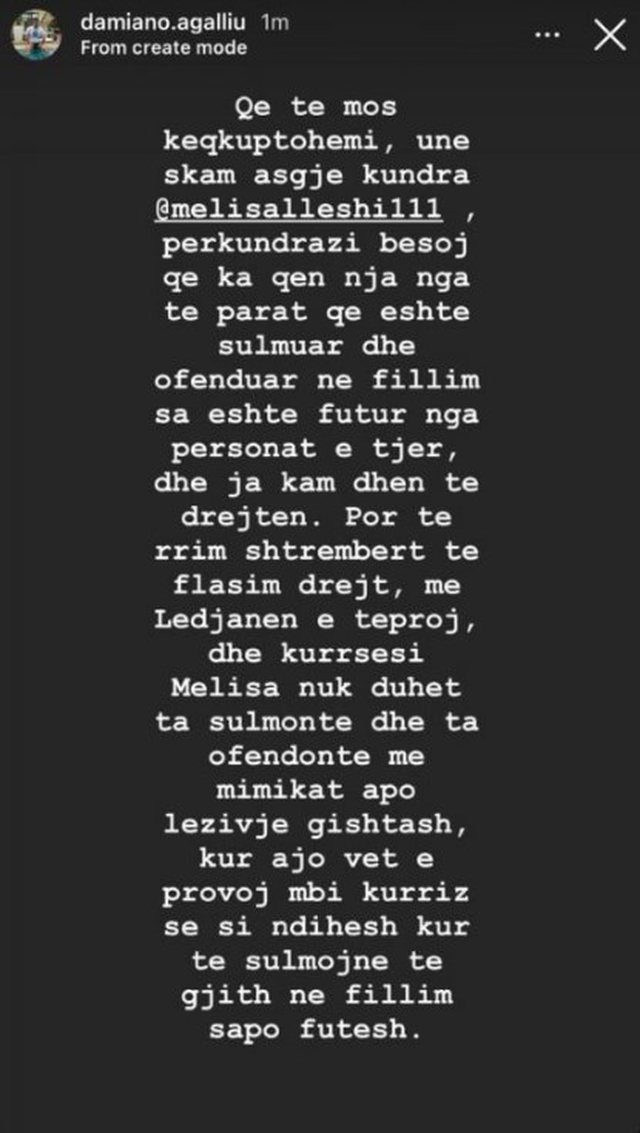 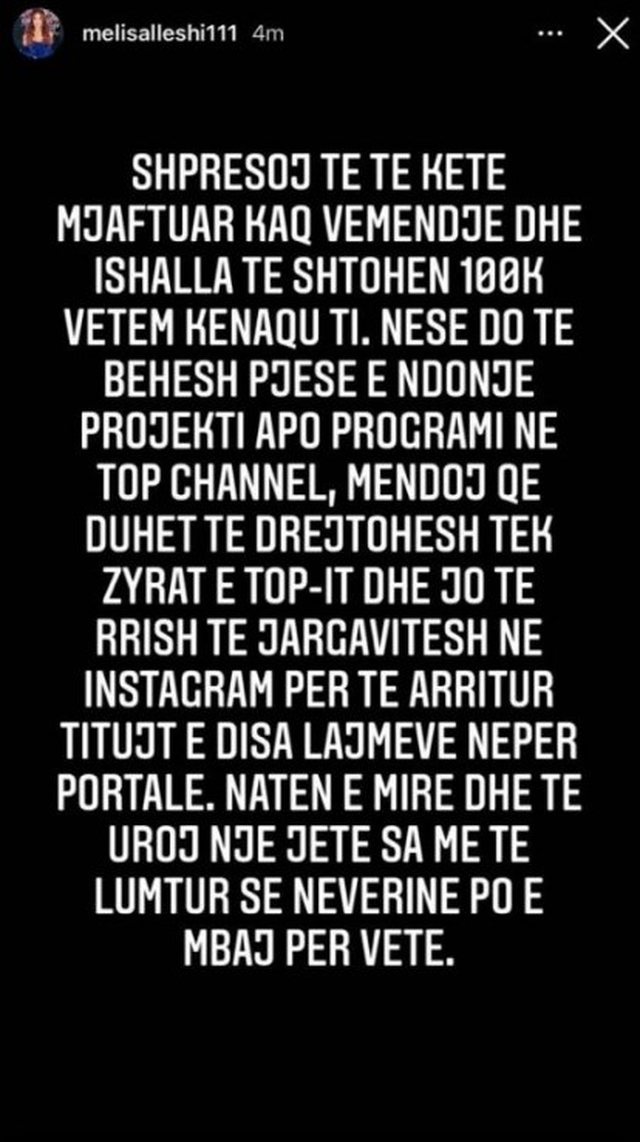 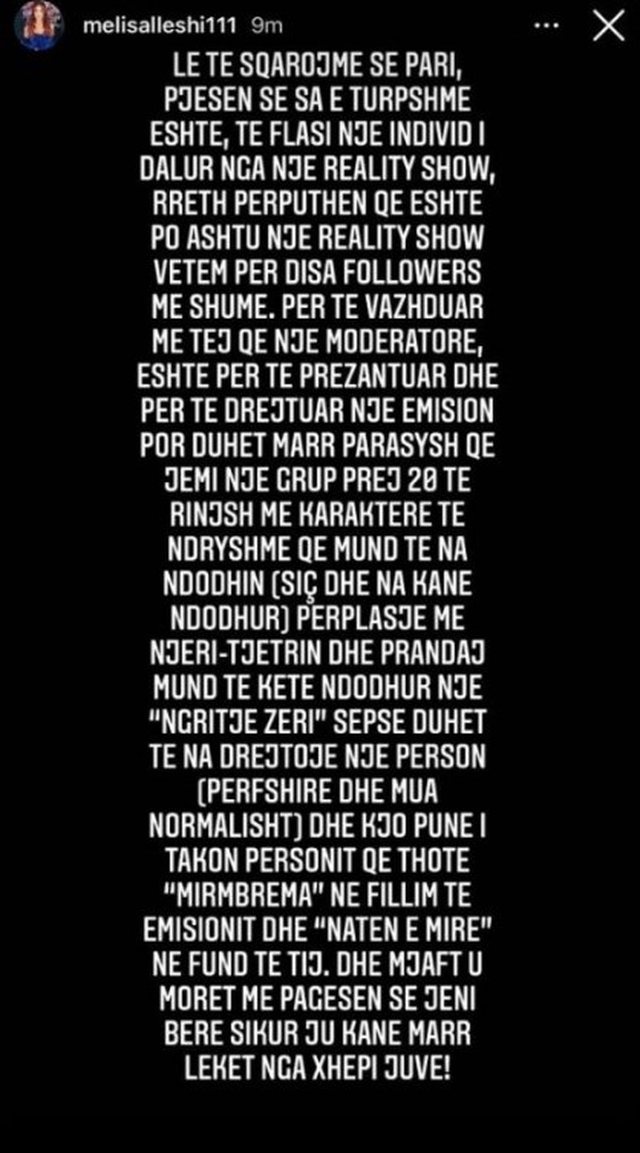 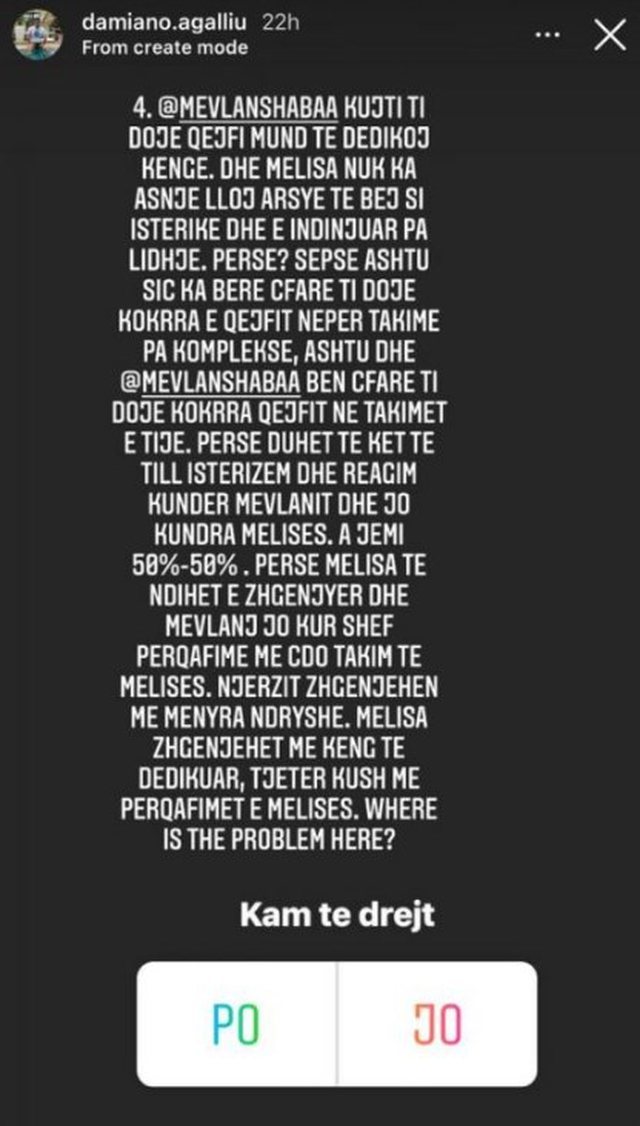 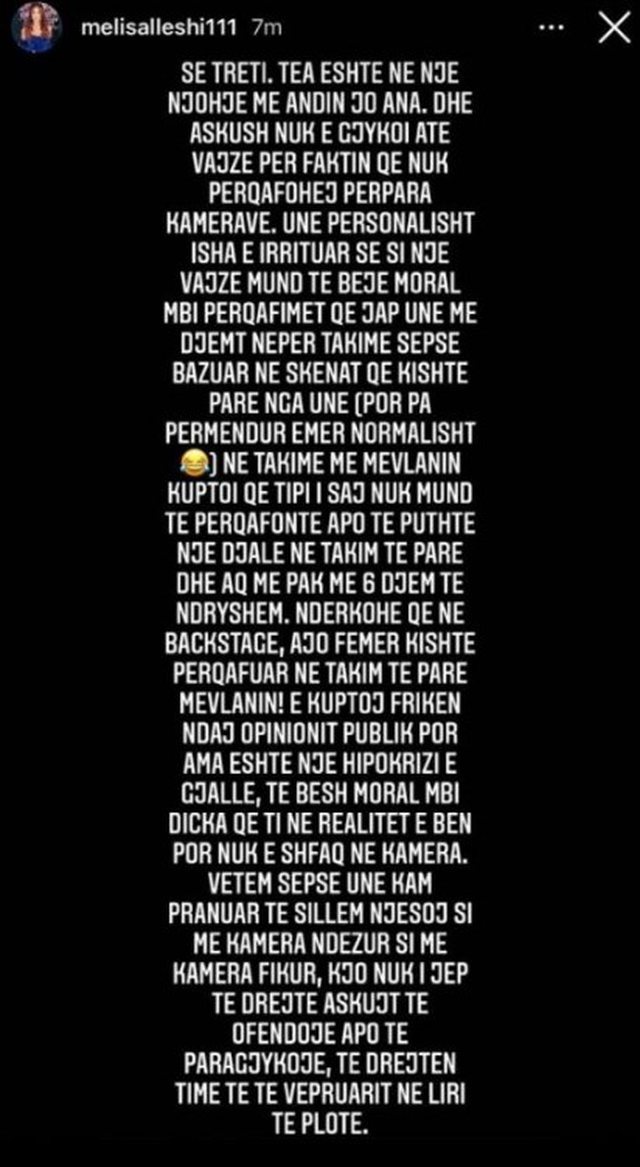 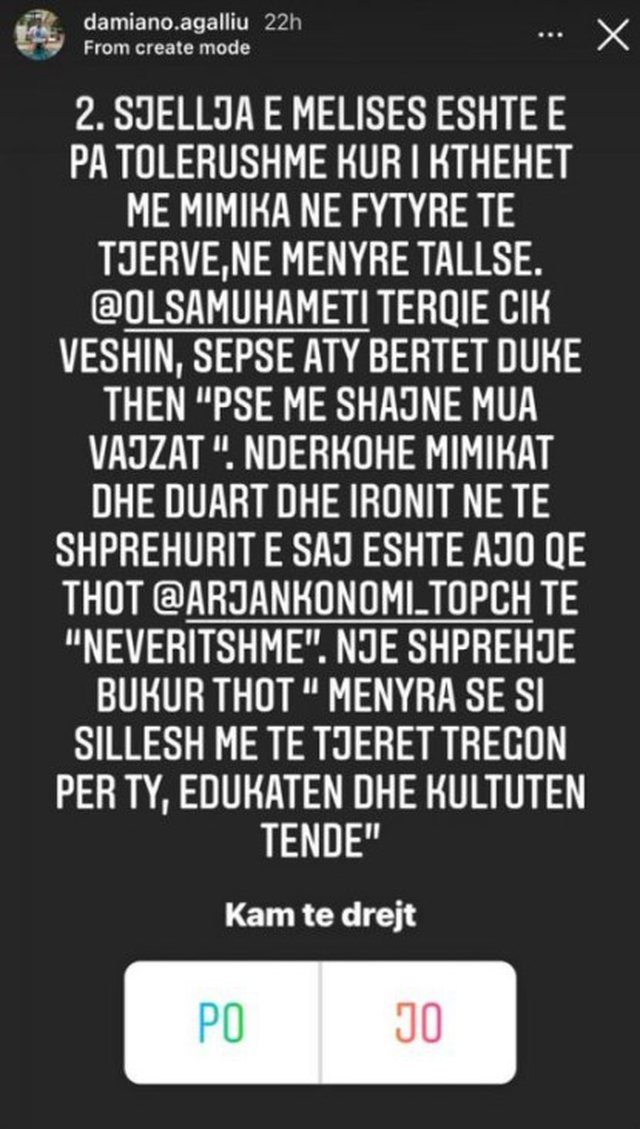