"It can no longer be like 20 years ago", the Queen makes the unexpected decision in the last minutes, what happened? 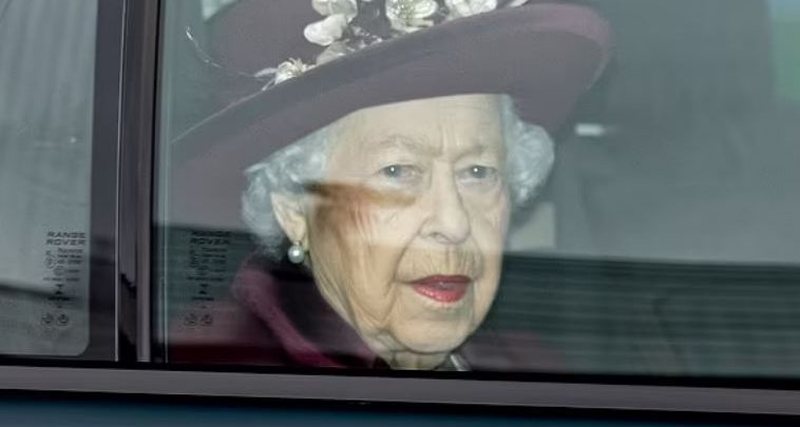 The Queen of England was "unhappy" last night and under the doctor's orders to rest after undertaking 19 official engagements since the beginning of October.

Although the royal aides stressed that there was no cause for alarm regarding the 95-year-old queen's health, they were forced to cancel a two-day visit to Northern Ireland that was scheduled to take place yesterday.

The decision was of the last minute, while in Ireland all preparations had been made for the reception of the queen. Buckingham Palace said the queen was in 'good spirits', but it is believed that her doctor ordered her to rest after a myriad of work commitments this month.

Including her return from Balmoral, where she spent the summer, the Queen has traveled nearly 1,000 miles since early October. Last week, she was forced to start using a walking stick in public for the first time, a strong reminder of the years she carries on her shoulders.

A Buckingham Palace spokesman said: "The Queen has reluctantly accepted medical advice to rest for the next few days. Her Majesty is in a good mood and is disappointed that she will no longer be able to visit Northern Ireland. "The Queen sends her heartfelt congratulations to the people of Northern Ireland and looks forward to visiting in the future."

Royal sources told the Daily Mail there was no cause for concern and stressed that the decision was taken simply as a 'precautionary measure'. There is no information that the Queen was ill and it was understood that her decision was not related to Covid. It is understood she has received doses of the anticovid vaccine.

On Tuesday she hosted a summit for global investors and politicians at Windsor Castle, standing up and shaking hands for about 40 minutes.

A source said she was in "excellent shape" welcoming guests, including Microsoft founder Bill Gates and US presidential envoy John Kerry.

It is very unusual for such a large-scale engagement to be canceled at the last minute of a visit to Northern Ireland, suggesting that the staff is not endangering the health of the head of state, even if it is merely preliminary.

Royal commentator Joe Little said the Queen's age meant last minute cancellations could become more frequent. The managing editor of Majesty magazine said: 'When you reach the age of 95 and have a role such as Queen, there is an inevitability about last minute cancellations. Unfortunately, I think this will have to be the case from time to time. '

But there are some tasks that only the incumbent monarch can perform. In recent weeks she has traveled to Holyrood and Cardiff to attend the opening of the Scottish and Welsh Parliaments, attended a tree planting in Balmoral and launched the Commonwealth Games stick baton at Buckingham Palace.