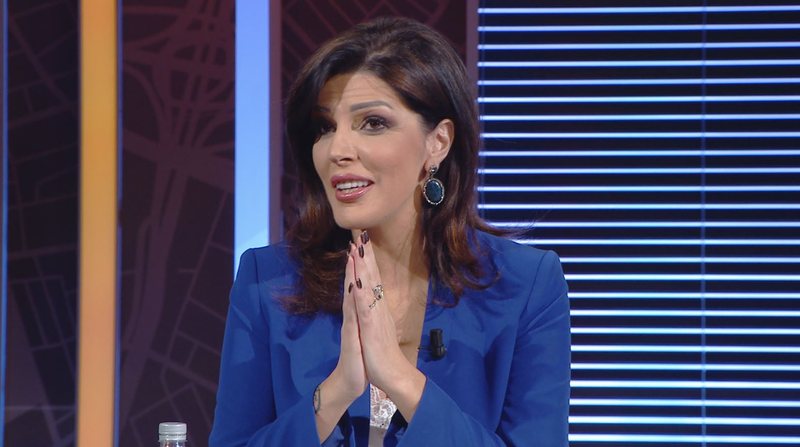 Journalist Sonila Meço through a long status on social networks has made a comment about her adventure as an opinionist in Big Brother, where she was present for two shows in a row.

She reveals that she will no longer be part of the opinion panel, as the pact with the production has been that she was present in only two episodes.

Two nights as a guest on Big Brother Vip was not an easy choice. Because, first my profile as a topical journalist and more rarely as a show host was not familiar to the public in such a format.

Secondly, because my engagement with the Task Force has put me behind the wheel of a fast, aerodynamic car, in sharp turns and a bit of distraction creates a problem with the ride.

Thirdly, because to enter the middle of the program, when it has gained its rhythm and spirit, it takes a lot of care and tact not to affect the already consolidated essence.

And finally, because the audience's emotional involvement in this show is on the verge of toxicity jeopardizing important ethical and reality-bound sinners.

But I accepted for three reasons:

Today more than ever the media affects the collective consciousness and the risk of irresponsibility of us people who make the media and the ethical motives of the public is great. A hierarchy of values ??today shatters the backbone of a nation tomorrow.

As a public person, I need to get beyond the political "jacket", the serious debate of actuality. The public today loves the television character, because social networks have greatly diluted the dividing wall between viewers and public and media people.

Because the evil and the unworthy are so "necessary" to feed the daily debates and give life to the television salons that keep alive the characters of politics, topicality, art and show business who with the rumor have created their wealth.

And definitely a courtesy for some old and new friends on television where I experienced my first professional successes. But only these two exits were also the pact, because I continue the daily engagement with my work, which I love very much.