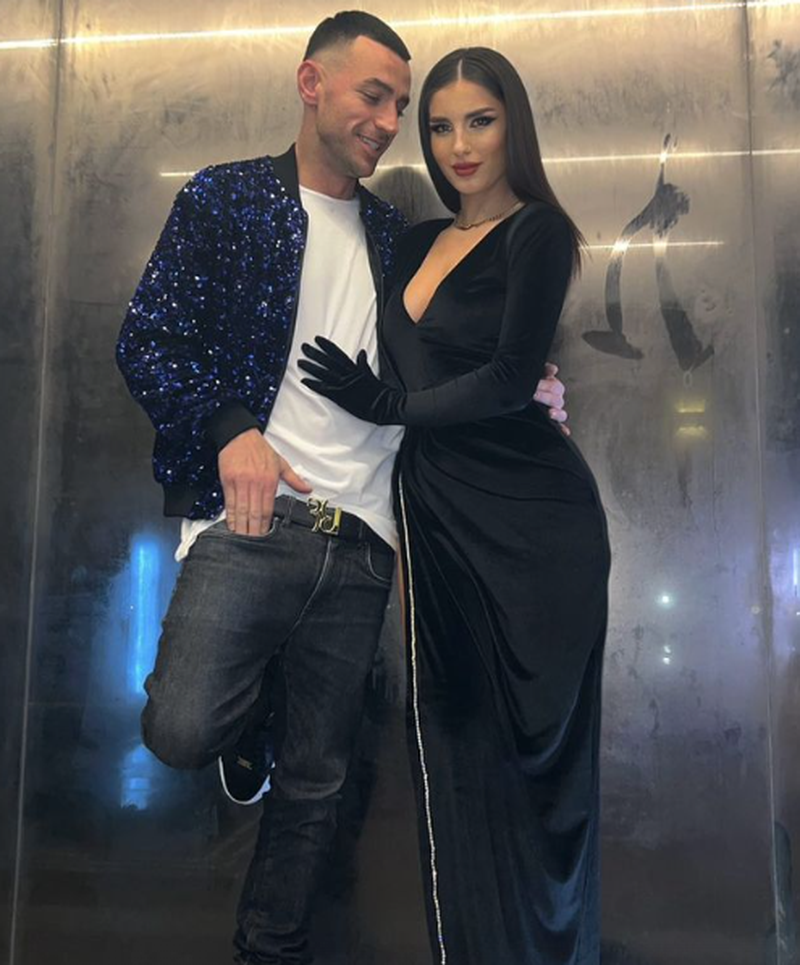 Stress's ex-partner, Keisi, has reacted after the rapper made public his new relationship and bit him through a status.

After posting a video next to his new partner he wrote “Do not misunderstand. The past is dead. And to succeed do not go to the past but live in the present. You will say "Yes the memories remain". Hahahah they remain a big m * t. "

This reaction was linked to Keis after the latter appeared in the company of a mysterious boy raising suspicions that he has started a new relationship. In the photos provided by "Panorama Plus", Casey and the mysterious boy are sitting next to each other drinking alcohol, and even at one point, Casey appears stroking his chin, while both are smiling in front of the camera.

"I need the Albanian community not to be so embarrassing. Every day, I have to explain myself to something idiotic. Moreover, Canadians are confused as to why Albanians are so problematic.

Stress's new girlfriend, Maggie is a well-known model who has starred in several music videos. Among them also that of Stress. The beauty has appeared in the song "Savage" that the rapper released a few weeks ago. She then posted a photo next to him where they were seen embracing as Stress sees her very sweet. It is suspected that they are known in the filming of this song, although currently no details are known about this romance.