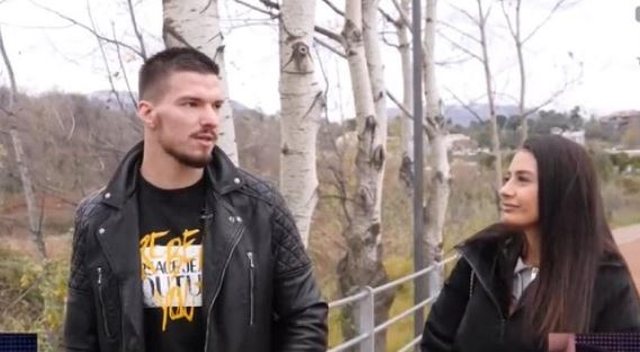 Today took place the meeting between Ana and the young Andi in the lake of Tirana.

Andy pointed out to Anna her delay in dating, an action that bothered her a lot, while the girl told her it was too much of a sleep type and was late for it.

"I'm actually a lot of sleepers, but this is also the other thing I was trying to find outfits for the date, since he was a young guy and I looked beautiful," said Ana.

While in the studio Andi said that the actions that someone does show a lot about his personality.

A question different from what we were used to hearing in Për'Puthen so far was from the young boy, who asked Anna about her childhood.