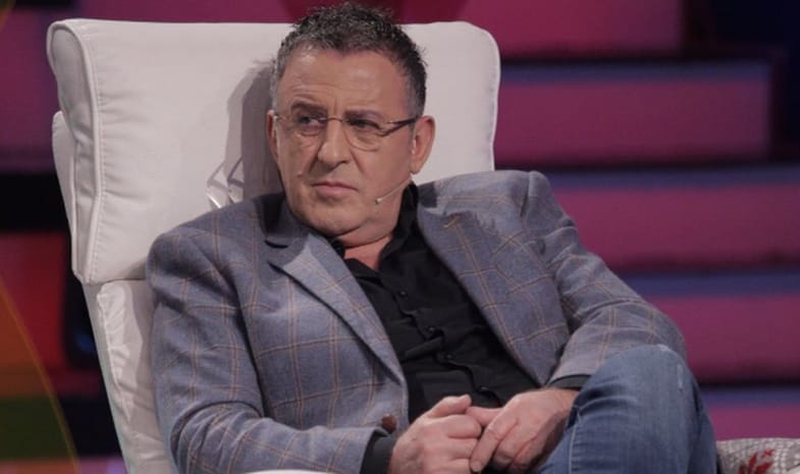 Well-known actor Agron Llakaj was today invited to the show "Let me talk" where Romeo and Donald let him talk about many things.

Rajmonda Bulku is considered one of the best and most beautiful Albanian actors. And one of the many people who have enjoyed it is Agron. He revealed that he had a lot of fun when she had just started her career as an actress and one of her films said she had seen it 12 times in a week.

The movie that did the miracle was "Ladies from the City". I was obsessed with Rajmonda Bulku. It was a very beautiful movie and she was a young actress. At that time he was the icon of Albanian cinema for beauty. Even today she is a beautiful lady. I have seen it 12 times in a week. "The favorite part was when he took her by the hands and I dreamed that he would kiss her but he never kissed her the 12 times I saw him," he said.

Among other things, Agroni stopped at the beginning of his career, admitting that he was the highest paid comic actor in the history of Albanian art. Regarding the relationship with the director Altin Basha, he said that they had a very good relationship until he left "Top Channel" when things changed.

"The first meeting was with Dritan Hoxha. In 2003, the idea came up for Agim Bajko and I to present 'Fiks Fare', but he did not approve because he did not like it as a couple. He had an interesting idea for me, a cabaret show. The idea of ??"Orange" was born but without this name. I started working and I was the highest paid comedian in the history of Albanian art.

I started to find the staff and among other things I suggest Altin Basha. I did not know him personally, but I liked him for the work he had done. We had a great relationship when we were in "Portokalli" but I do not know what happened to him after I left. I lost respect and my name was not mentioned on Top Channel. "On the 10th anniversary of Orange, I was an extra, even though I was the building block of Orange," he declared.