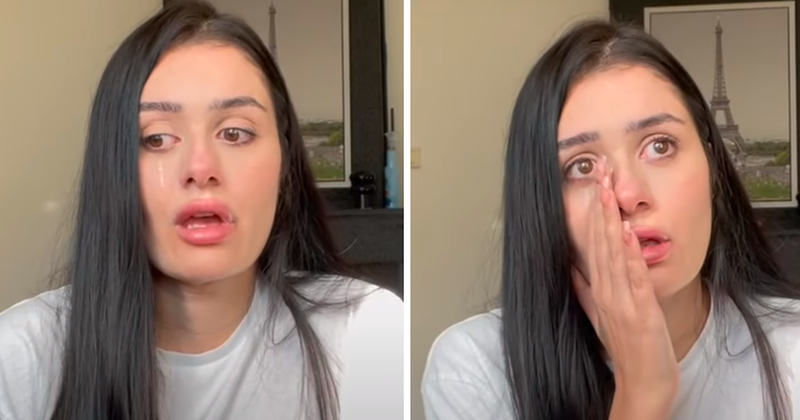 Since leaving the reality show "Big Brother", Gerta Shino has remained one of the most commented girls on media and social networks. Recently, she has shared some very bitter news with followers.

Gerta has indicated that on February 14 she discovered that she was 5 weeks pregnant, but unfortunately she lost the baby. She confessed that her baby was outside the womb and if she did not remove it she risked her life.

I did not doubt it could be the child. The crises came and intensified and I said I would die. I had no strength for anything, I was sitting and just moaning. Florent was at work. When I saw that I had no choice, I took a medicine, drank it. I spent the most horrible four hours of my life. I could not breathe, it felt like I was being slaughtered. I fainted, I got up again, all this alone, with an open window. I was shaking. When Florent came we went to the hospital. I was kept in the emergency room until three in the morning. I spent four hours in vain there because they did not know what I had. I told you to take me to the gynecologist, because I wanted to know how the baby is. I wanted to make sure it was good. When I went to the gynecologist it turned out that my belly was full of blood, when I saw it on the screen that did not look like any babies. I said where is the baby? He told me I do not look at him at all. He did another check and told me the baby is out of the womb, I was shocked. I knew there was no salvation. He was alive, he was not dead. This made me feel even worse because I knew the baby was alive and we had to remove it and kill it because it could never grow out of the womb. He would never get food. I was feeling selfish, that I would live but he did not. I was operated on, the doctor told me if you do not enter you will die that all the bleeding in your abdomen will explode all over your body. The operation lasted an hour. The doctor told me that the reason the baby was out of the womb was because my left fallopian tube was blocked. I feel very guilty that it seems to me as if my body killed the baby. As if my body could not support a child. As if I failed to hold a baby. As if I did not exercise the conditions for him to live,