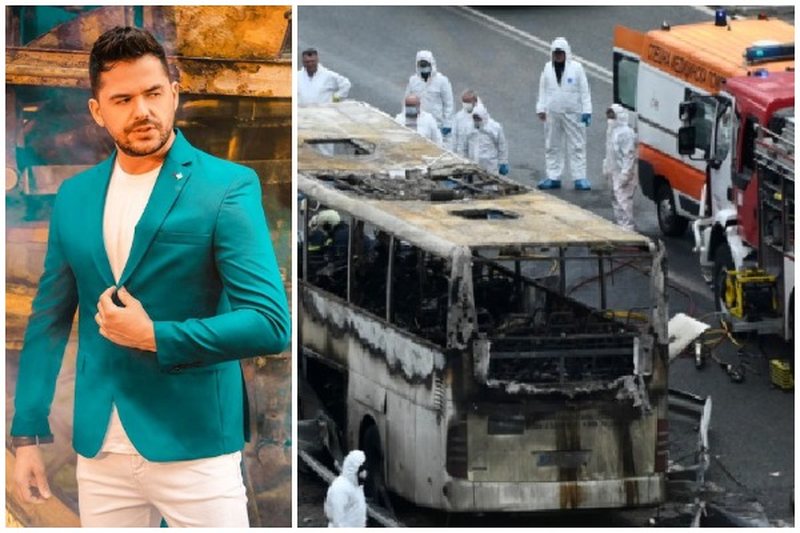 45 Albanians from Northern Macedonia lost their lives as a result of the tragic accident of a bus in Bulgaria, one of the most serious events of recent days.

A few days after the tragedy, the famous singer Shpat Kasapi reacted, who shared with his fans a story involving his late father. The butcher shows through the message on "TikTok" that his father had helped several people from a similar accident that happened about 40 years ago, surprisingly in the same place.

"The true story that happened 40 years ago in Bulgaria, a tragic accident, many people lost their lives, a boy from Tetovo escaped and the late father of Shpat Kasapi, Mr. Naimi, went to him for help," my mother said. The state did not help them for the hospital, all the expenses were paid by Shpat's father, as my mom says, the same place where these people were injured now and then ", it is written in Shpat Kasapi's message.

"I did not expect this charity from my late father who went viral and I was surprised! But this surprise is not accidental because my father has helped many people. This simply proves that after 30 years, the best came out in the square and God reward him twice in the ishallah paradise ", wrote the singer Kasapi.