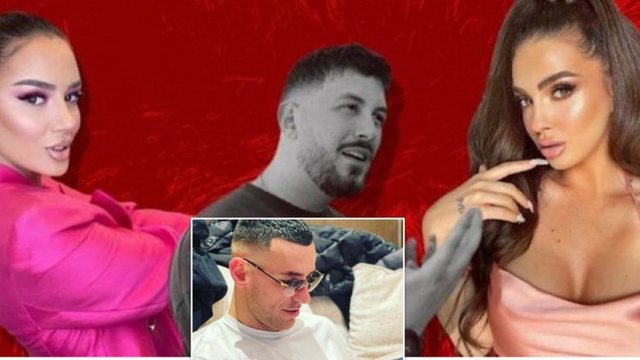 The relationship created between Donald and Beatrix in which Bora is also involved is being commented everywhere and is the main topic especially on social networks. Among many public figures, a reaction to this has recently made the famous rapper, Stress.

Apparently he was asked by his followers a comment regarding the most commented "triangle" in Albanian showbiz. In a post on Instastory Stress has sided with Snow, emphasizing that she is the 'queen'. “Do you want my opinion? "Bora Zemani is a queen", he wrote.

In fact his reaction has surprised fans as Stress has a very good relationship with Donald. He even publicly supported it a few weeks ago. Many people have expected him to do it again, but Stress has not chosen to be subjective but to say his real opinion. 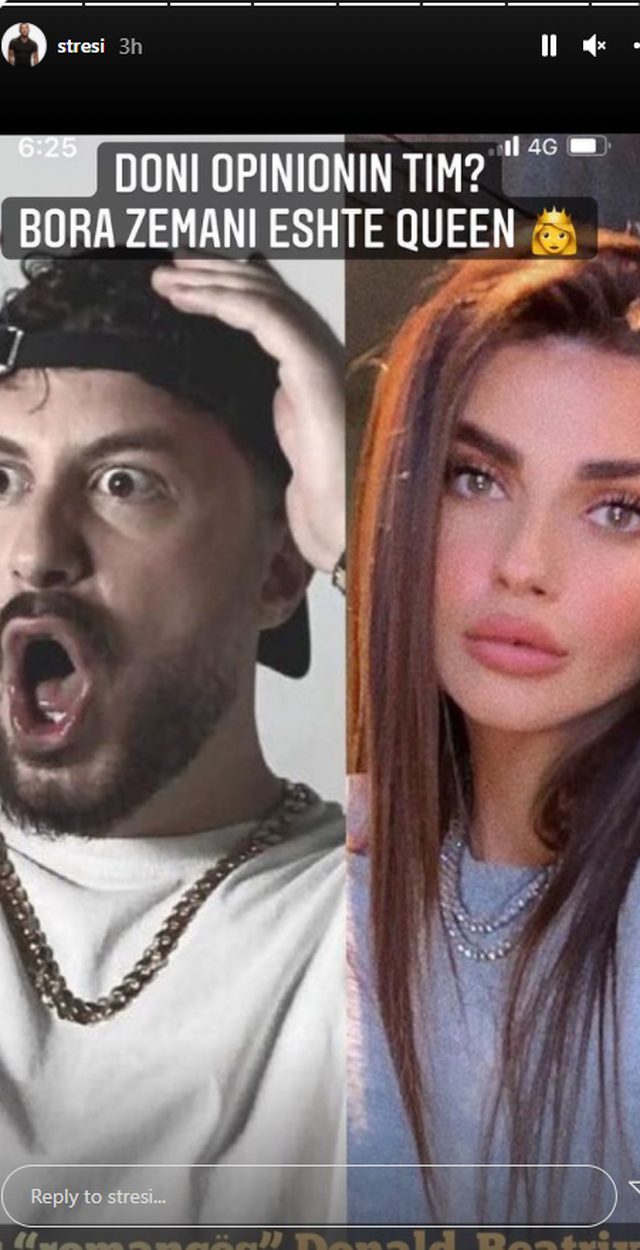 Angel kisses him, Donald is speechless: Thank you! I enjoyed it a lot (VIDEO)

Holds key position in the organization of 'Big Brother VIP', the heiress of 'Top Channel' faces the unexpected

"I gave up", Arjola Demiri takes the Unexpected DECISION

"What harm did Bora do to you that was thrown against you!" / Aleksia Peleshi is put in trouble by the follower, reacts revolted

In recent days she has caused a stir in the media and social networks / She still has the same smile and radiance, can you find out who is the well-known moderator in question? (PHOTO)

Bora Zeman's involvement in the Bora-Donald-Beatrix love triangle continues to...

"It's the fault of both parties" / Egzona bluntly tells her opinion about Ilir, Donald turns to 'flame for flame': No it is not true, I ... (REPLICATIONS)

What happened between them? Arjola Demiri throws the cake on Ilir Shaqiri's face (VIDEO)

Residents of "Big Brother Vip" are engaged in a game of speed and with penalties...

The father of two children, the famous businessman leaves behind his marriage of several years, formalizes the relationship with the famous Albanian singer (PHOTO)

It has long been rumored about the singer Albina Kelmendi's relationship with ...

CAUTION from stomach cancer, if you have 1 of these 7 signs URGENT see a doctor

As you have never seen Ilir and Engel three months ago, for three hours they both ... (VIDEO)

The inhabitants of the house of "Big Brother VIP", have been subjected to a chal...