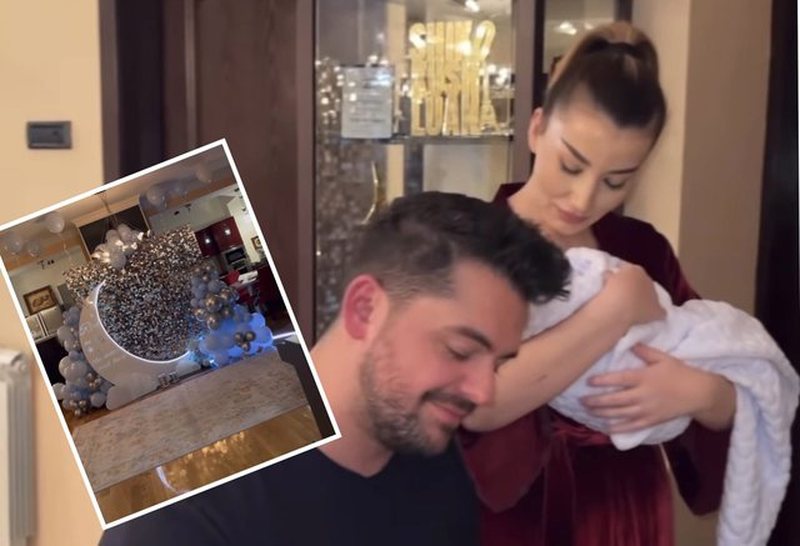 Becoming a parent is one of the greatest achievements and happiness in life for a person. Such are the emotions of the famous Albanian singer, Shpat Kasapi, who became a father for the first time, six days ago.

In an interview via Skype, on the show "Ditë e Re" Shpat Kasapi talks about his feelings, already as a parent, telling about the first moments that he and his wife Selvije experienced with baby Roel.

Among other things Shat Kasapi revealed the meaning of the boy's special name.

Inside the Sword Butcher's house, how the baby Roel was received! (Video)
Slope Butcher: Everything went well, we are very happy. I have always loved children, especially babies, I am not afraid to keep them. The feeling was special, it is happiness. We wanted a baby. Born 3 kilograms and 300 grams. Selvija is very good. I did not feel sleep at all, because I got used to waking up early in concerts. The name Roel has two meanings in both English and French, meaning gemstone. We chose the name together.

The singer says that from now on the priority for him will be family and home. However he emphasizes that he will not break away from music and that he will soon release two new music projects.

Butcher Slope: Many things have changed, now the devotion will be more to the child, family, home. I will not detach from music, I have a birth passion. I am doing 2 new projects. I will not part with the projects. One song will be released within 10 days and the other within a month. One love song, the other rhythmic song. I recorded one song, I will record the other.

"I want to have four children"

Butcher Slope: The idea of ??having children was mine more, I am the reason. I want more children, and I will achieve the goal. I want 3, 4 children. Selvija wants 2 and that with question marks. The position scares me a little until I learn how to hold the baby.

A fierce debate took place last night on the show 'Open' between the artis...

Composer Diana Ziu has discussed in high tones in the show 'Open' with the singe...