He left 'Përputhen' after the clash with Arjan Konomi, Meridian comes out with the unexpected reaction: Ah how disgusting you are! (PHOTO) 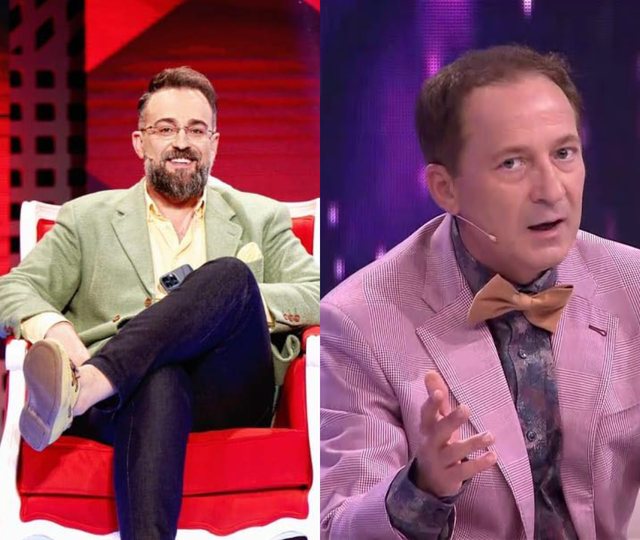 Sunday's show "Për'puthen Prime", in addition to Arjan Konomi, Meridian Ramçaj and Fatma Haxhialiu also joined the panel of opinion leaders. However, during the episodes, the clashes between them started.

Although we did not see anything on the screen, voices inside the television showed that the opinionist Meridian Ramçaj had a clash with Arjan Konomi, which led to his departure from the show.

Journalist Elona Duro replaced Meridian, while no one from the production spoke about this move.

However, Ramçaj has hinted at something with the last post on Instagram, where he ironizes Konomi for his comments during the meeting between Atdheut and Melissa.

Earlier, Arjan Konomi said that the meeting of the couple seemed disgusting, but last night they showed great closeness to each other, opened their hearts and realized one of the most beautiful meetings.

Meridian shared on InstaStory excerpts from the meeting of Melissa and Homeland, whom he also labeled, while ironically writing Konom's words:

"Ah, how disgusting you are to Atdhe Xharavina in meetings! This violin and rose are disgusting! Not at all creative or romantic boy! Or not Melisa Lleshi? ”- are his words that openly show the“ quarrel ”with Arjan Konomi.