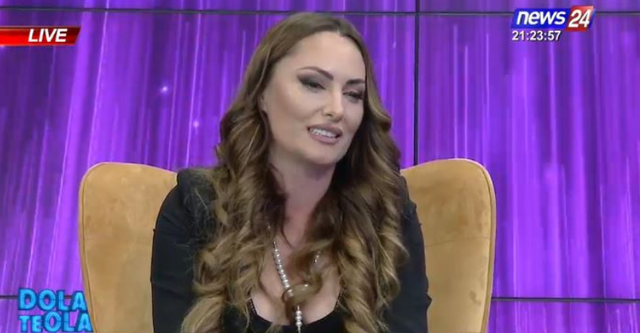 We have recently seen the singer Eneda Tarifa very engaged in music, where she has published two video clips one after the other, "Siberian Love" in December and "For you" in February.

The singer revealed that she is working on two music projects, the first is the elaboration of a well-known song of the Arbëresh of Greece, which will be a beautiful summer song.

While the other project that Eneda is working on is for "Magic Song", a festival in which she in 2019 grabbed the first prize with the song "Give me your hand".

"One of the only festivals that is being kept alive and beautiful where artists gather. "This is our task to make songs, and to compete why not", said the singer.

Tarifa also talked about her departure from Portokallia. She showed that when she came back some things did not go as she had thought, although with her return she somehow achieved what she wanted.

"I thought of dedicating myself to music because I have been dealing with television for so many years, and I forgot that in fact it is music that has given me all these good things. I have to keep making music, because I am one of those singers who have a few songs, even though the ones I have are mostly good ", added the singer.