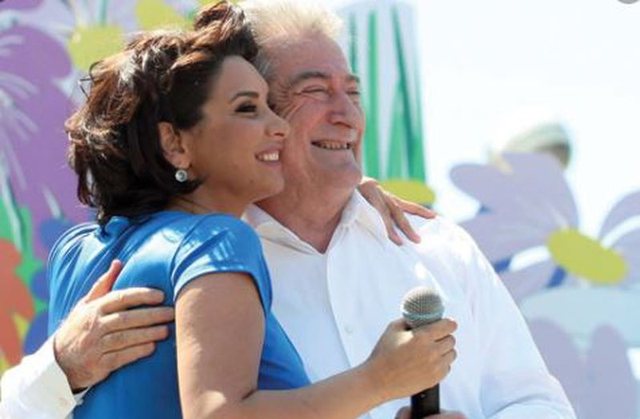 Çiljeta Xhilaga reacted regarding the news according to which she left the Democratic Party after being disappointed by the leadership of Lulzim Basha.

"I left the DP because I am dissatisfied with Lulzim Basha. I have changed and my vote this year goes to the SP and Edi Rama. Of course you are surprised but Rama deserves it, the Democrats are disappointed by Luli "- it was said that Çiljeta had said in an interview, but it was not known in which show.

This news was apparently false and this was made known by the singer herself through a post on Instastory where she showed that this interview was invented and that she herself did not say any such word.

"I do not know who was born in the heart of inventing an interview of mine where I speak again about politics… I have not spoken and I will never speak again about my beliefs. They are personal and I do not plan to confuse them with the public figure. I want to clarify to all those who follow me that in the published statement there is no truth. I did not leave at all as disappointed! ”- writes Çiljeta. 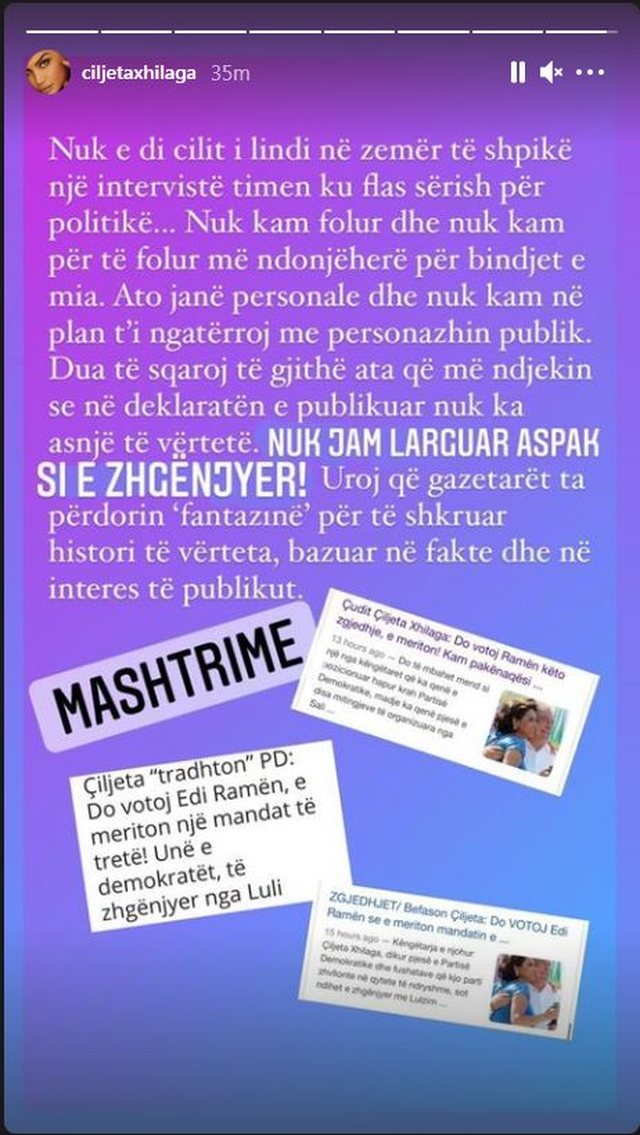