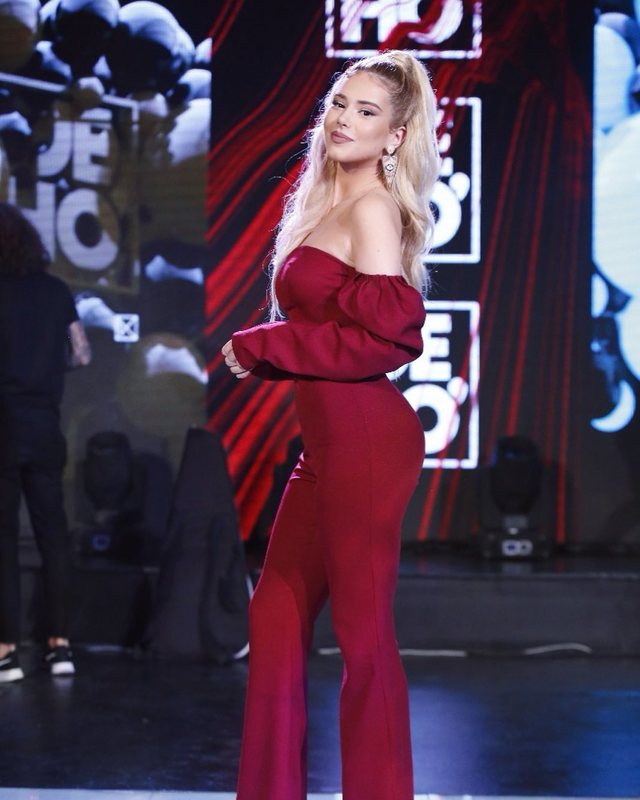 The well-known moderator of 'Top Channel', Fjoralba Ponari, revealed a few days ago that she was infected again with coronavirus.

In conversation with her followers on InstaStory, she revealed that the symptoms this time were more severe than in the first infection, because in addition to cough and fever, there was also severe bone pain.

"Low blood pressure (which has never happened to me) and loss of balance (I justified it with insomnia and fatigue at work" made me have doubts but still it seemed difficult considering that I went through it and how careful I am "The points above 'i' were set by the fever at dinner and the stabbing bone pain," Fjoralba said a few days ago.

Recently, during the conversation with the followers on social networks, she discovered that she has lost her sense of smell and taste and for this reason, the moderator shows that she has lost a lot of weight.

Asked by her followers if their bones continue to ache, Fjoralba wrote:

"The first 4 days since my symptoms started, I was in so much pain that I could not sleep… I have 2 days that I am a little calmer and I am recovering."

Thankfully, the moderator has shown that she feels better and is recovering. However, she must continue to remain isolated.

To spend her time closer to her followers, Fjoralba has conducted another 'interview' on social media, where she talks for the first time about the new project on screen.

Will there be one? She is still in talks, but the public is prepared to see something as exciting as "Tell me a wish."

"We want to see you on screen for a long time! Is there a project behind "Tell me a wish"? "The sun" again? "- writes the follower.

Thank you in the beginning, but we also have a month of broadcasting with "Tell me a wish" and yes, a new project has been proposed to me, but I have not yet made any decision. Next week, the alum is finally separated from the sugar. " 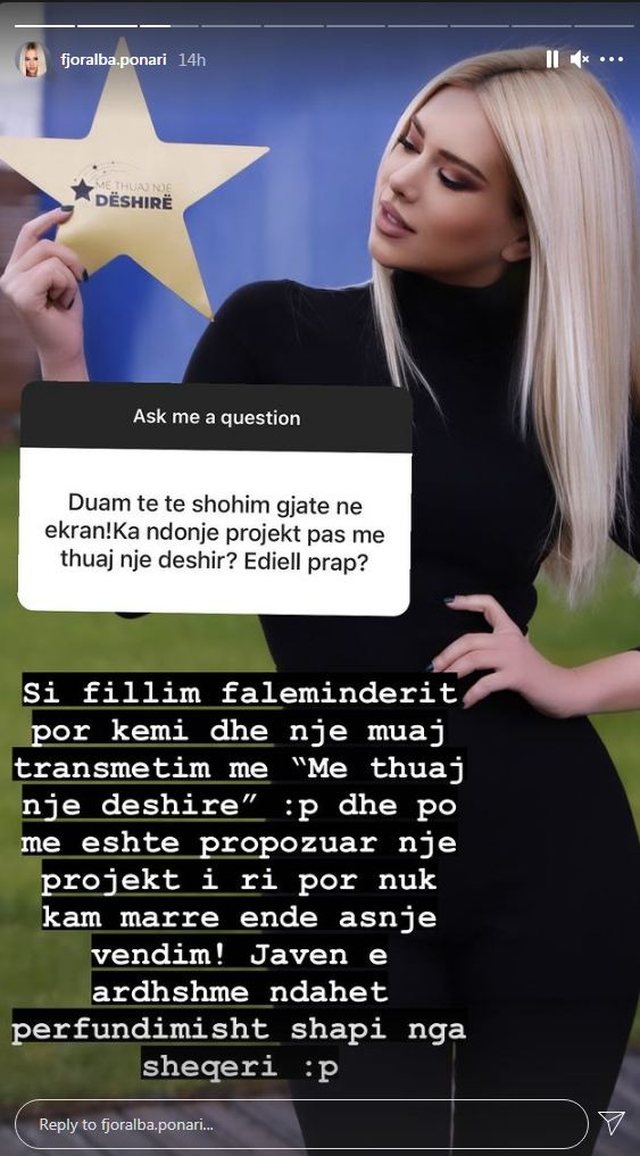