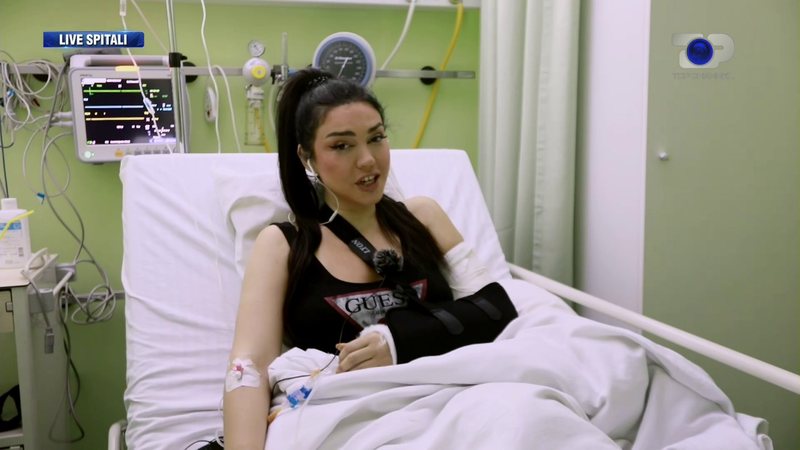 Tonight, she spoke from the hospital saying she was feeling very well and made a comment to all the residents.

She also commented on those who laughed after breaking her arm saying it is not their fault because she was trying not to panic despite the pain.

"I am very well, especially after make up and hair arrangement. I miss him a lot right now. I wanted to explain the part of laughter. It is not the fault of the residents, at the moment it happened I did not want to spread panic, nor to worry the family members.

It turned out that I had done very well not to let anyone touch me because I facilitated the work of the doctor. When the doctor told me that he would put plaster on me, I said that it was good news for Donald that he could not wait to paint it and I came to the hospital with the frozen fruits that Iliri gave me. "I am not surprised that I know how good people all are," said Angel.