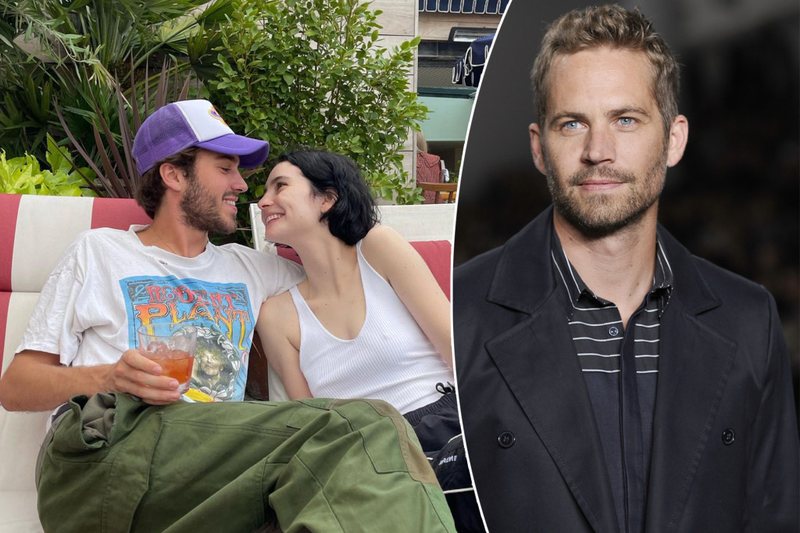 Meadow Walker, the daughter of the late actor Paul Walker, has ended her bachelorhood and is married to actor Louis Thornton-Allan.

" We are married, " the 22-year-old wrote next to a video she posted on her Instagram account, in which she revealed that she had said "YES" to her partner forever. The couple took this important step just 2 months after their engagement.

Vogue reports that the wedding took place "earlier this month", but does not give an exact date. Louis commented in Meadow's post, " Forever ", accompanied by a purple heart and the emoji of a globe. He also shared a small collection of wedding photos on his Instagram account, simply writing: "I love you."

Meadow godfather, Vin Diesel, was the one who accompanied the model to the altar instead of her late father. Jordana Brewster was also present at the ceremony, which took place in the Dominican Republic.

"The pandemic affected our plans. Louis's family was unable to attend. "Many close friends, whom we consider family, were also unable to attend due to travel restrictions, " Meadow told Vogue while talking about the guest list at the ceremony.

In August, Meadow confirmed her engagement to the actor when she posted a video on Instagram, through which she showed off the ring.

Meadow is Walker's daughter with Rebeça Soteros. She lived with her mother in Hawaii for 13 years before moving to California with Walker in 2011. She was just 15 years old when her father was killed at the age of 40 in a car accident in November 2013.