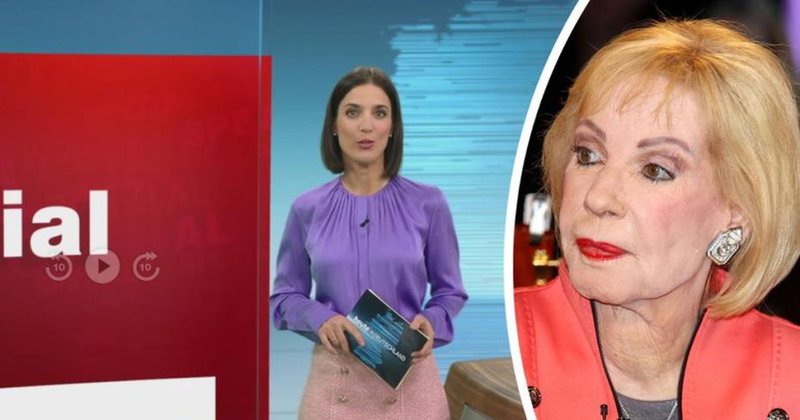 An uproar has erupted over the pink miniskirt of the journalist Lisa Mitrucker, who presents the television show "Heute - in Deutschland" (Today in Germany)" on the state network "ZDF", since in addition to her colleagues, she received harsh criticism from "the baroness ” of the news magazine “Tageschau”, Dagmar Berghoff.

The German newspaper "BILD" comments that, in the German network where Miza Mitrucker works, the dress code is less strict despite the fact that the journalist moderates a news show. In addition, ZDF's "Today" show is shown every day at 14:00, mainly with social issues.

However, the 79-year-old presenter of the news show "Tagesschau" of the ARD network, Dagmar Berghoff, hastened to express her strong displeasure with the appearance of the German presenter's clothes.

"I think a short skirt or a low-cut top is inappropriate for a news anchor, " she says.

Her statements have great significance in Germany, as a certain journalist is the first woman to present a news bulletin on a Eurozone locomotive, on June 16, 1976. Although she has retired from televised events, Berghoff's opinions have always “ are worth", as the German publication comments.