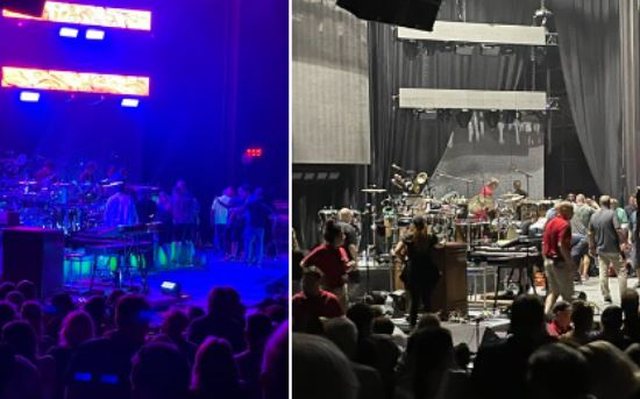 A scary moment happened during a concert for Carlos Santana and his fans, as the legendary musician collapsed on stage.

Santana was performing at the Pine Knob Music Theater when he collapsed on stage and was taken to the emergency room.

TMZ writes that Santana was on stage for almost 40 minutes. Realizing something was wrong, witnesses said Santana sat down in front of the drums and then collapsed. From there, a group of employees rushed to his aid.

As seen in the video, the musician is surrounded by people who help him while he is still on stage.

Thankfully, Santana returned and was seen waving to the crowd as she wheeled off the stage.

A representative for Santana said the 75-year-old was suffering from fatigue, heat and dehydration. He was taken to a local hospital for continued observation, but his representative says he is "fine".