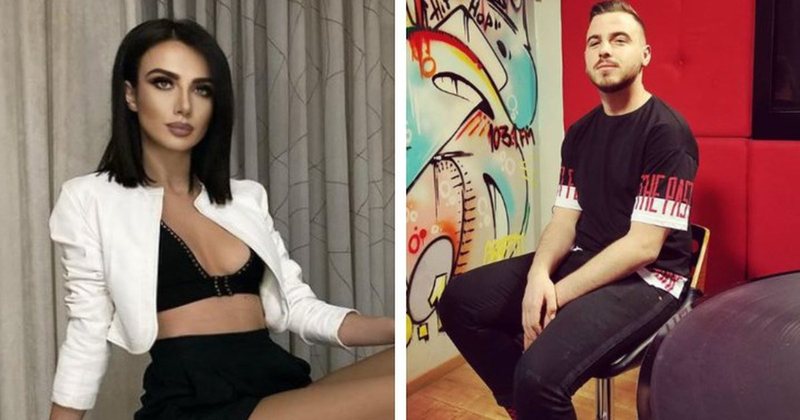 Xhensila Pere and Ronaldo Sharka have continued the quarrel on social networks, after the debate that took place on the show "EXPULS". During the show, Ronaldo asked Xhensila about the comments circulating on the network, as he said "You are called immoral". This was not well received by Xhensila, who told her: “Public opinion says you are gay. It is true?".

The journalist asked Xhensila to wait for the part of the debate from the interview, but she refused and said that she is responsible for every word said.

Meanwhile, Ronaldo wrote on Instastory: "I could not have broadcast it to avoid the shock of my family, but you can see it, because I am with the truth and I will be until the end. "Once again, shame on Mother Teresa."

It was not long before Xhensila responded by writing that if the show was not aired, he would end up in court.

"I am also writing an article that apparently live because you understood:
-The show would be broadcast because otherwise it would end up in court.

-If you now remember the family, before preparing the script you should have taken into account that even your guest who gives you the curved clicks has one who also gets hurt when she calls you the immoral girl.

-If you call yourself a journalist, you should at least know the basic rules of journalism, otherwise go out and dig in the neighborhood and on the stairs of the palace.

-Finally, when preparing the questions, be prepared for the answers that the guest will not always use diplomacy but can be returned to you with the same currency and apparently you only know how to throw.

"So save yourself the role of the victim and give up the idiotic and denigrating questions that not only you but anyone who dares to do will only get slaps.", Writes the moderator.