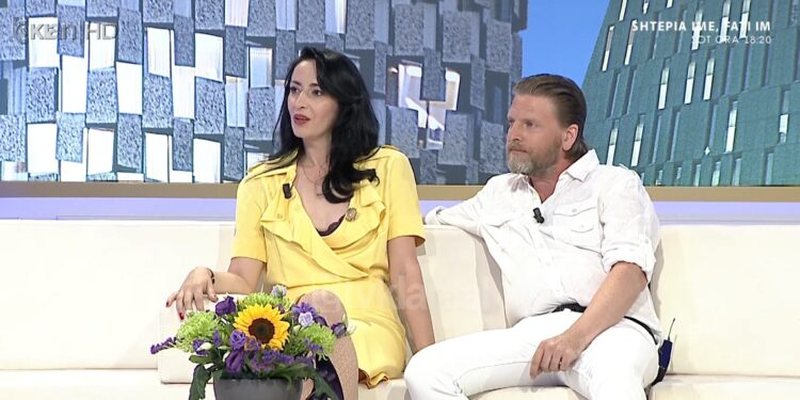 Inida Gjata, known to the public as Zhaku, was invited to the studio of the show "Rudina" on "Tv Klan" together with her husband, Christian Kreus. They came to talk about their life in Germany, the changes in it, their projects over the years and new artistic plans.

Jacques confesses that leaving Albania came at the right time, exactly when he was in a crisis of depression and Germany was creating a completely new life for him.

Starting a new life in the European country, together with Christian, made her reborn again and without her she would never have taken the initiative for something like this alone.

Rudina Magjistari: Christian took you, pulled you there?

Inida Gjata: Yes, it was a decision that actually came after I had a kind of crisis, a kind of depression, I did not find the departure so sensational that I accompanied it with the appearance of Çani with the song "Censura" and always with rage, I fled in a rage, I came in a rage. It was good to leave, it was good for Christian to take me. If it had not been for Christian, if it had not been for the relationship we have, I would never have gone to Germany I believe, as a refugee. But since I did well in Germany, my life started from scratch, it was necessary, like a kind of phoenix when it returns from the ashes, it becomes a new one. That's how I became, I started a whole new life.

Rudina Magjistari: So let's say you had a safe basis the moment you went that this is the change, that you would never just go to a place where everything unknown awaits you or not? You would not risk so much.

Inida Gjata: Yes, I had a solid foundation. No, I would not. Even though I was 31 years old, you can not go alone, it is different when you are hosted there like Mrs. Cruise and different when you go as a caretaker. To be honest, I say this to many Albanians when they want to emigrate because they think they will escape from misery, but in fact, as Albanian refugees, as asylum seekers, you will live in poor conditions.