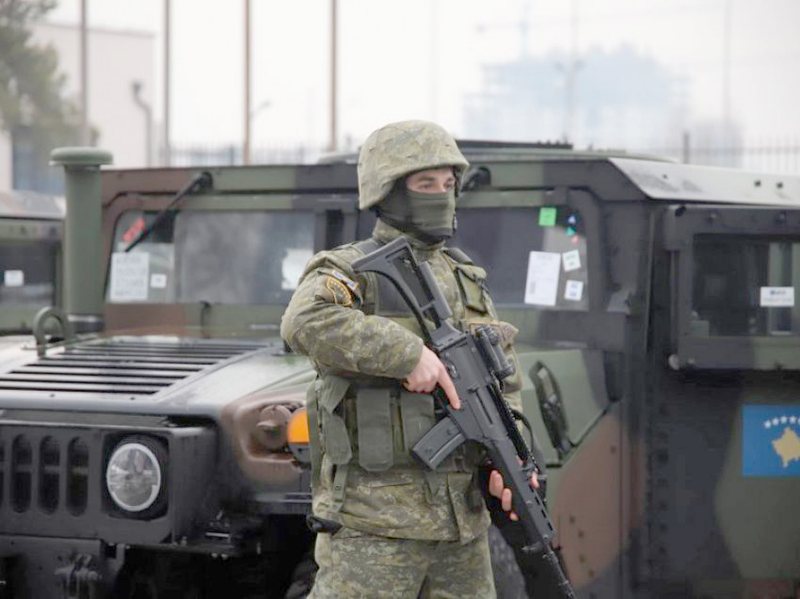 Kosovo is the open vein of the Balkans. It is facing successive pressures from the Serbian side influenced by the Russian spirit. A situation is appearing on the horizon that could completely destabilize the Balkans, but everything is still a scenario. A position that is supported by the majority is that there is no going back since 2008, because an independent Kosovo is the center of the entire agenda of the United States for the Balkans. However, the incitement of tensions from the Belgrade-Moscow axis continues. In recent days, there have been many clashes in the North of Kosovo, a fact which has increased the fear that an armed conflict could ignite the Balkans. Prime Minister Albin Kurti has responded remotely to the Serbian side. There has also been a reaction from internationals who have ruled out this scenario and have warned of intervention if the situation worsens.

The game of "chess" between Moscow and Washington

The Russians, like good chess players, leave nothing to chance and every move is thought out for the next. Banja Luka, Belgrade, Pristina and Skopje are nothing more than useful 'stones' in the quest for the goal, which is not the reconquest of the Balkans, but their destabilization. Because waking up the ghosts of the Balkans is equivalent to diverting the attention and resources of the Atlantic Alliance from the Baltics, Belarus, Ukraine and the Black Sea. The rationale behind the Russian agenda is economically driven: achieving maximum results with minimum effort. Every movement, within the framework of Russia's great counterattack, follows a precise direction. Exploiting the weaknesses of the Bosnian multinational system to prevent the deterioration of the military encirclement of Serbia, which would gain population, territory and resources from a diminished Bosnia. Using the more right-wing elements of Serbian politics to slow down the dreaded westernization of Belgrade. Feeding inter-ethnic rivalries in North Macedonia, a country divided between the Bulgarian, Serbian and Albanian spheres, but also capitalizing on Orthodox issues in Montenegro, to weaken the Balkan side of the Atlantic Alliance. The United States could benefit from a reset of the borders of the remnants of the dead Yugoslavia. In Bosnia and Herzegovina the most disturbing part of the territory would rest and the veto to join the Atlantic Alliance would fall. Kosovo, a pillar of the Albanian sphere, would lose that 10% of the territory that is the cause of 90% of its security problems. Serbia, followed by Bosnia and Kosovo, may be magnetized towards the West. But it is not that simple. And, in addition to real politics, a very strong political will would be needed from both sides. This can therefore be seen as a 'chess game' where the US and Russia measure their forces against each other, using their influence and military preparation.

Russia, through Serbia, can put the final fire in the four northern provinces of Kosovo, Pristina is the place where the world was one step away from the Third World War in 1999. But Washington will not stand idly by and can respond symmetrically to the violation of the red line, having the skills and means. However, it must be said that the worsening of the competition between the great powers can also bring down the taboo of Serbia-Kosovo inviolability. Both the United States and Russia may use this as a pretext to undertake the most dangerous game. Every letter remains open on the table, it remains to be seen what will happen next. The risk remains high, but nothing is sealed.

Sensational decision! The US sanctions the senior official in the Balkans (Details)

"The earth is cracked up to 8.5 kilometers"/ The Greek seismologist makes a scary prediction: A powerful earthquake is expected very close to Albania

The car of the head of the Army in Kosovo is engulfed in flames, the general miraculously escapes

Sesel will testify in The Hague, the Serbian extremist under investigation for the release of confidential data