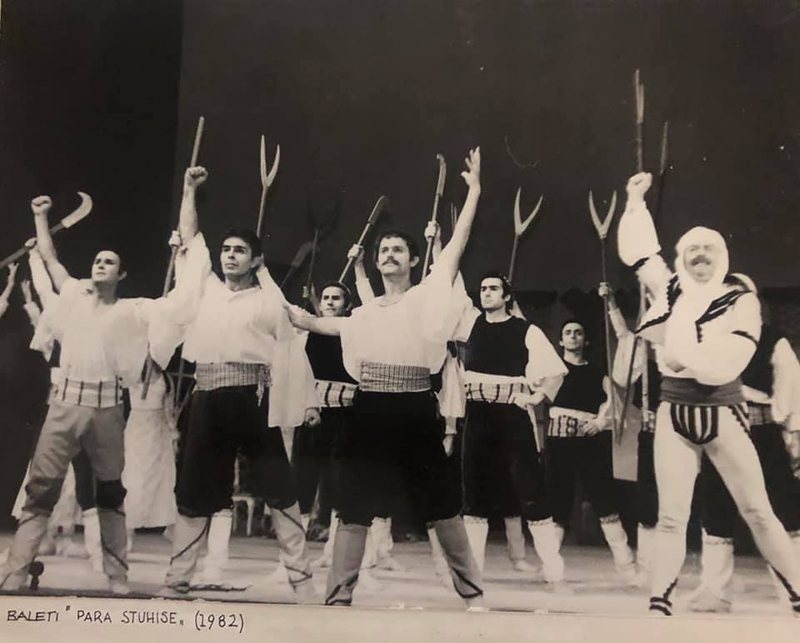 The Ballet "Before the Storm" was released to the public on May 20, 1982. 40 years ago, the National Theater of Opera and Ballet closed the May 1982 Concert Series with the premiere of the ballet "Before the Storm." The National Theater of Opera and Ballet writes that it was composed by Çesk Zadeja, with choreography by master Agron Aliaj, books written by Engjëll Tërshana and scenography by Gjergj Marko. "It was a valuable new work for our national music fund," says TKOB on its website. His performers were the well-known names of our ballet: Vita: Albana Sulejmani, Mukades Erebara, Domenika Ndreca; Adili: Ilir Kerni, Ludmill Çakalli, Arben Kuçi; Pilo: Hajdar Shtuni, Albert Janku, Ilir Kerni; Kozi: Pëllumb Agalliu, Sokol Noga, Edmond Dhima; Llazi: Skënder Jazexhiu, Miltiadh Papa, Kujtim Hoxha; Nnna: Julika Islami, Sekine Sharofi; Sulejmani: Dedin Suli, Dionis Romano; Beu: Llaqi Nako, Riza Tjegulla, Ludmill Çakalli; trader: Jerasim Popi, Meteli Hasa. Cesk Zadeja was born in Shkodra on June 8, 1927, died in Rome on August 15, 1997. He received his first lessons in his native country, in the Franciscan school, where, in addition to general education, he also received his first knowledge of music. He was a member of the choir of the Franciscan Church, led by the prominent composer Martin Gjoka and later by Filip Mazreku and Prenk Jakova. From an early age, he was involved in amateur groups in his hometown. He showed his talent from an early age and as a 14-year-old student he studied at the Accademia di Santa Cecilia in Rome, Italy, with the composer Umberto Semproni. The influence of Zade's creativity was great on a number of creators who followed his path.

Comedy "A Midsummer Night's Dream" and concerts in the Durrës amphitheater

Albanian-French excavations in the Byzantine Forum, data of interest for archeology

"Reunion", with music, dance and poetry by Spanish artists for the public

National Library, an exhibition of Albanian authors published in Spain

Rudi Sata: The government changes directors in institutions and not laws, it does not think about artists

Exhibition "Empatia" at the Archaeological Museum in Durres

Palace of Brigades, the integrated management plan for the historical ensemble is approved, for the purpose of restoration, revitalization and addition of new functions