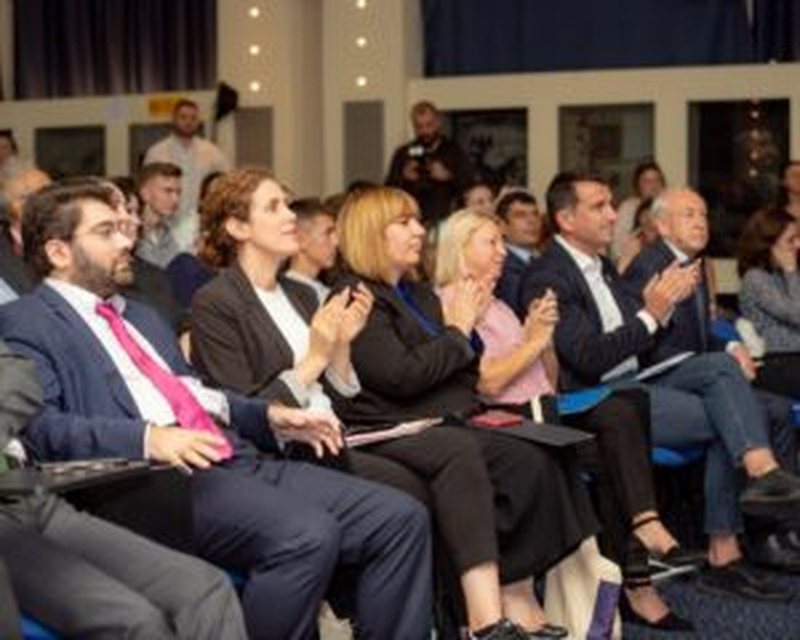 The International Youth Literary Festival "Tirana Gate 2022" opened a day ago. The UNESCO hall of the National Historical Museum was attended by creative young people, pupils, students, artistic personalities, writers, etc. The key word of this festival that brings together talented young people from the Balkan region and beyond will be good neighborliness through books and reading. In the first session of yesterday, with the theme "Neighbors", Erion Veliaj, mayor of the Municipality of Tirana, also greeted the attendees, who called the neighborhood as a value that we must preserve and inherit from generation to generation, because I always knew and knowledge triumphs over divisions. "I really hope that the meetings for the book will serve to create such neighbors and friendships for young people," said Veliaj among other things. The director of the festival, Irena Toçi, thanked the collaborators and those who supported the organization of this international event, where young writers will discuss and exchange their experiences on literary developments. As a sign of solidarity with Ukraine, the festival will also feature video messages from representative writers of this country. On this occasion, Volodymyr Shkurov, the ambassador of Ukraine in Tirana, after expressing his thanks for the solidarity of the participants of this festival with the people and writers of his country, emphasized that during these days a young Ukrainian writer will also be present. Milena Selimi, artistic director of the festival; Aspasiana Kongo, Deputy Minister of Education, Sports and Youth; as well as Alda Bardhyli, director of the National Book and Reading Center, focused on the importance of this activity. The festival continued with several panels, where creators from Slovenia, North Macedonia, Greece, Turkey, Ukraine, Serbia, Bulgaria, as well as Albanian authors participated. This activity will continue for two days in a row, where participants from different countries of the world, as well as many well-known names from Albanian literature, will talk about their creativity.