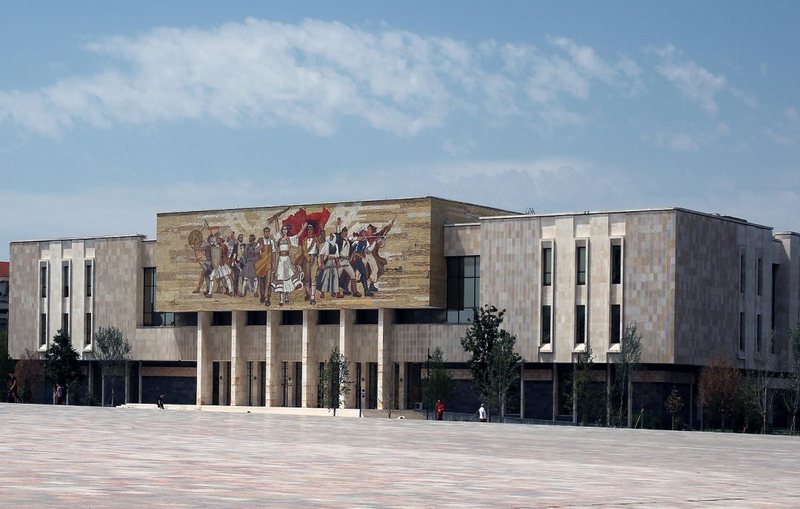 The photo exhibition titled "Patriotic activity of the Hero of the Nation Sali ?ekaj" was opened within the joint cultural calendar of Albania-Kosovo. This exhibition that was opened at the National Historical Museum is in collaboration with the National Museum of Kosovo. Present at this commemorative event were former members of the KLA, various citizens, historians, diplomats, as well as friends, relatives and family members of the hero. Through 300 photographs and various objects, this thematic and documentary exhibition brings facts and historical evidence about the patriotic, political and military activity of Sali Çekaj during the war for freedom of the Kosovo Liberation Army. In the speech of the occasion, the director of the National Historical Museum, dr. Dorian Koçi, focused especially on the profile, vision and broad cultural formation of Sali Çekaj, his political views and commitment to the national issue, but especially in his efforts on the road to the freedom of Kosovo, which took multidimensional dimensions. He further pointed out that the glory of the KLA's war constitutes an extraordinary story precisely because it was inspired and led by personalities like the hero ?ekaj, who led the soldiers and were always at the forefront of the war for the liberation of Kosovo, until in the sublime sacrifice. Meanwhile, the director of the National Museum of Kosovo, Ajet Leci, pointed out the role of the institution he leads in promoting the figures of the nation and the personalities who have left an indelible mark in the service of the national issue in general and the liberation of Kosovo in particular. The family members and relatives of Sali Çekaj thanked the organizers of the exhibition and explained to the attendees details about the photos and documents exhibited in the stands. In the following days, visitors to this exhibition will get to know more closely the personality and patriotic dimension of Sali Çekaj, but also with the sacrifices and the high price paid by the fighters until the day of Kosovo's freedom.