"One nation, one language" conference in Skopje, Pristina and Tirana 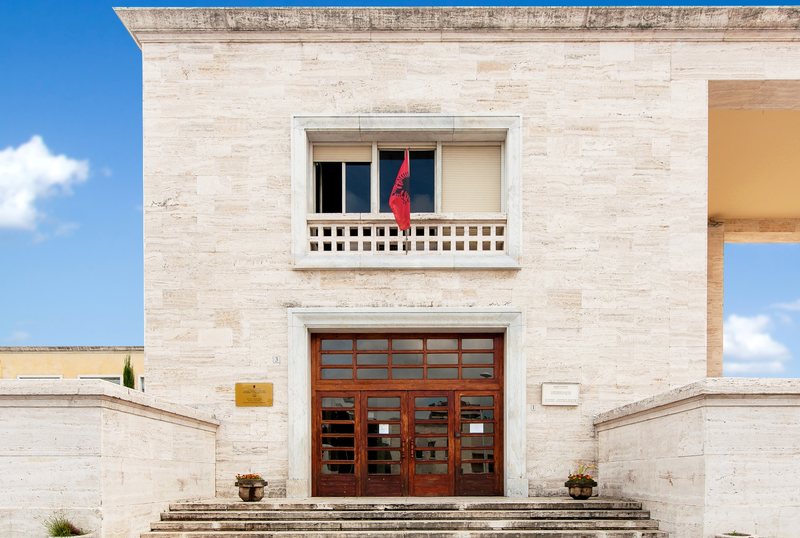 On the occasion of the 110th anniversary of the declaration of Independence, the Institute of Linguistics and Literature at the Academy of Albanological Studies - Tirana, the Albanological Institute of Pristina and the Institute of Spiritual and Cultural Heritage of Albanians - Skopje, will organize the nationwide conference "One nation, a language". ASA informs that it intends to bring new studies and perspectives, as well as syntheses of previous streams, to this key topic in Albanianology. The conference will hold its proceedings in three sessions, in Skopje on November 22, in Pristina on November 23 and in Tirana on November 24. In 1912, the Independence of Albania was proclaimed, for which the language factor played a primary role. In 1908, the Congress of Manastir took place, which put an end to the use of multiple alphabets. The first document of the Declaration of Independence was drafted with this alphabet and the newly created Albanian state made Albanian written with this alphabet the official language, which was accepted everywhere where the Albanian language was spoken. Standard Albanian, as the official language of the Albanian state in Albania, as official language of the Albanian state in Kosovo and as the official language of the Albanians who make up over 20 percent of the population in North Macedonia, since the Congress of Orthography has recognized enrichment, extension and expansion of functions. It has gained the appropriate national and international status, but it is still facing internal development challenges and challenges of globalization. Some of the topics of the conference are: the Congress of Manastir and the unification of the alphabet; "Literary Commission" and the process of creating unified Albanian; scientific sessions of 1952; The Prishtina consultation and its importance; Spelling Congress, major events in national unity, etc. The organizing committee, after seeing the topics of the applications for participation, will also divide them according to the three planned sessions (Skopje, Pristina, Tirana).

The Nobel Peace Prize is announced, here's who won the most coveted prize

Agim Janina: In Albania there are books that are sold like old loot, the bells are ringing mournfully

Ledia Sulaj: "Halili and Hajria" ballet on stage for the 50th anniversary of the foundation of the National Ballet of Kosovo, we have a responsibility to inherit the past to the future

"I have no experience", Ismail and Helena Kadare react immediately to the announcement of the 'Nobel' in Literature

The Nobel Prize for Literature is awarded, who is the famous name that won

"Onufri" and Ethnographic Museum in Berat, 41595 visitors from January to September

Alda Bardhyli: Reading and policies in its service continue to remain a challenge