Is there an evil eye and should one believe in astrology: The famous theologian surprises with what he says: This category of people conveys, can only be liberated with ... 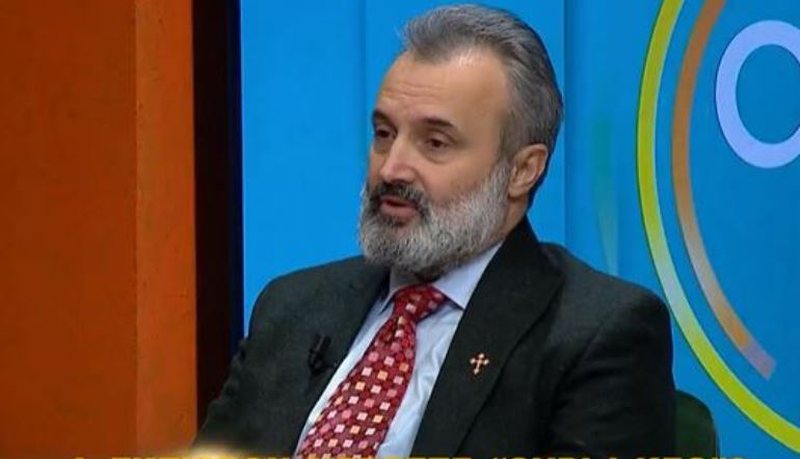 Theologian Miron Cako has stated that the evil eye exists and links its explanation to the negative energy of man that can affect another person. The theologian says in "The morning abc that beyond this world there is another invisible and that greedy and envious people are affected by this negative energy.

"Man himself has no energy, it is like a vessel that carries energy and conveys it as positive and negative. The evil eye is the negative energy that comes from demonic forces and stays in greedy, selfish, envious people. Having this energy that they know where they come from, they convey it when they look at something with greed.

The Orthodox Church accepts the evil eye and has special prayers for the destruction of the evil eye. It exists and people have a lot of problems and maybe even risk their lives. I know and know many people who have suffered from the evil eye, some have had fatalities especially children who suffer more from the evil eye. "The evil eye brings a lot of damage and misfortune to people," he said.

How can we tell when it comes to negative energy? "One of the signs is when a person is well and feels a headache, nervous, psychological confusion or an illness of unknown origin. For example go to the doctor and get good tests. This dark force that seizes the apparatus needs to be removed by divine command and we pray to god to remove the negative energy from the x person. "It could be a happy couple fighting over anything, or walking down the street and suddenly falling," added the theologian.

Further, he says that one should not believe in astrology, because according to him this actually diverts man from God and connects him with demons. "Planets are celestial bodies that move according to the laws of physics and have no effect on humans. Astrology and horoscope is a superstition but when man believes these he detaches himself from God who is the creator and is associated with demonic energies that mock man and divert him from God.

They separate us from God, he controls our lives. How can we believe that the movement of the Moon, Jupiter, Mars affects your life, social relations, is absurd. These are soulless things, man should be nourished by reason and not by some blind convictions. "These came from paganism where people were primitive but today when we have learned science and believe that the movement of plants affects us is absurd," he added.

Where does the "evil eye" come from? The theologian says that they are demons, intellectual creatures that enter humans and transmit negative energy through words, sight or addressing. According to him, garlic, horseshoe, blue eye, lead or other signs used by people to protect themselves from black magic are nothing but superstitions and objects that actually attract the demonic spirit. He says that only faith in God can free us from negative energy.

Get ready for an explosive week full of surprises, what the stars have predicted for the dates March 1-7

The monthly horoscope comes out, here is what Mars will be like for all the signs, get acquainted with the big surprises that await you

You will receive important news today. Beware of ... / Here is what the stars predict for the first day of spring

They are dominant and passionate! Meet the 3 most ardent horoscope signs

New opportunities await you / Today's horoscope prediction, discover the surprises that the stars have reserved for your sign

"Secret romantic encounters and sins will not be absent" / Meri Shehu: These are the signs that have great obstacles

Astrologer Mary warns of these two horoscope signs: You will get married

The houses are always light, the women of these 3 horoscope signs are housewives with fame. Where do you find yourself?

Realization of wishes and good news for these horoscope signs! Here is how the stars predict today

"The luckiest and most problematic zodiac couples", the well-known numerologist reveals what awaits these signs in March: They must be careful until the 20th ...