Important! Here's how you can fight anemia by consuming these foods 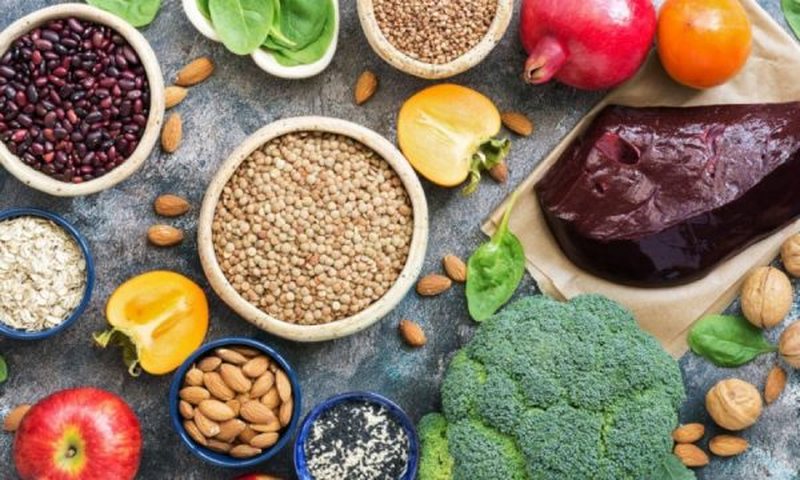 Anemia is a disease that affects about 1.62 billion people worldwide, a figure that according to data from the World Health Organization corresponds to 24.8 percent of the global population.

This disease is related to the low amount of iron in the blood and consequently the poor supply of oxygen to the body.

Anemia is caused by a number of factors but can also be hereditary.

Below you will find useful information on the foods you should consume to fight anemia and be healthy at the same time.

Iron is an essential part of hemoglobin, a protein that transports oxygen from the lungs to every corner of the body.

According to the data, when iron is lacking, red blood cells find it impossible to transfer oxygen.

The recommended daily dose of iron for women is 15-18 milligrams.

For men this dose ranges between 8 to 11 milligrams.

Some of the richest foods in iron are meat and eggs.

However, iron is also found in many plant-based foods such as vegetables, eggplants, potatoes and above all spinach.

Some of them that are found and can be consumed regularly.

Beans, lentils and chickpeas are extremely rich in iron but also in protein, fiber, fatty acids.

One serving of cooked lentils stools 6 milligrams of iron.

A serving of raw red beans provides 15 milligrams of iron.

Nuts and seeds are key ingredients in many vegetarian and vegan diets.

Almond butter for example provides 9.3 milligrams of iron per tablespoon.

According to scientific data, a serving of baked sweet potatoes provides 1.4 milligrams of iron.

As you can see, most of the nutrients in potatoes are found in the skin.

Can flirting be considered a betrayal? Here is what the experts say

A week like this we had not seen in a long time, these signs will make a name for themselves during the dates 12-18 April

Be carefull! Never fall in love with these horoscope signs / Discover the reasons

Some surprises and surprises! Do not spend a day sitting on the couch, but ... / Learn what the stars predict for you today

A positive day for this sign! Get ready to ... / Here is what the stars predict for you today

Be carefull! You can not 'throw' these two horoscope signs

You knew this secret! Why do not husband and wife sleep together in Japan? Experts point out the useful reasons for this decision

Positive moment / Daily horoscope prediction, discover the surprises that the stars have reserved for your sign

Meri Shehu gives the fantastic news about this horoscope sign

Keep calm! The stars are of great interest for ... / Here is what today's horoscope predicts for each sign

"We have it in our hands" / The well-known Albanian astrologer who studied in the US, predicts how long the COVID-19 pandemic will last