She was a model, the Ukrainian refugee lured the owner of the company to leave the family (PHOTO) 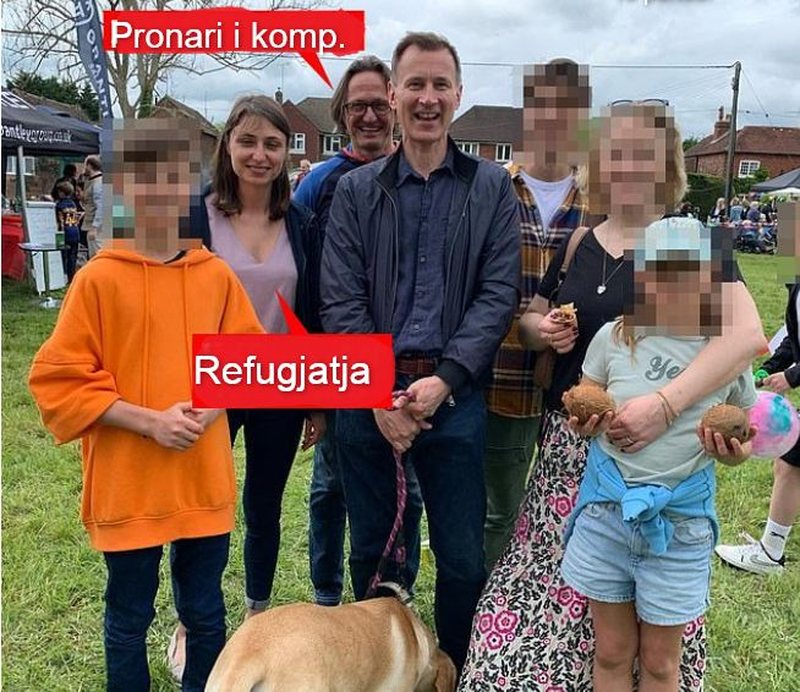 In the video, the Ukrainian amateur model is seen who reportedly lured the owner of the British company 'Wonga', Haakon Overli, to leave his wife and children, after they accepted him at home as a refugee from the war.

The Daily Mail today featured photos of 39-year-old Mariia Polonchuk, 39, which they said showed another face of the mother-of-three who previously wrote a cookbook in Ukraine.

Earlier the British network reported that Mariia had started a relationship with 52-year-old millionaire Overly after fleeing the war in Ukraine with her sons, and settled in Overly's £3 million villa in the Surrey region.

Shortly after arriving in Britain, Mariia was pictured with the area's MP and former health minister Jeremy Hunt, who wrote: "Delighted to meet the Ukrainian girl who is expected in the local family, who organized a small party for them." .

While Mariia's ex-partner, Andrey Sheldunov, the father of her three children, still works as a photographer in Kiev specializing in portraits and nudes, as he previously worked with Mariia in swimwear modeling.

Her social media accounts show that she is a 'natural' in front of the camera, rolling seductively in the sand, or emerging from the water at the beach.

It is not clear if she and Andrey are married, but they have been partners for a long time as they share children Grigory, 18, Maxim and 12-year-old Korney, who bear his last name.

Andrey also co-authored the cookbook with Mariia and they seem to have had a comfortable life before the war, with pictures of them vacationing in various locations.

Their son Korney is talented on the violin and has been studying at an expensive school since the age of six.

While businessman Overly, the former head of bankrupt loan company Wonga, is estimated to be worth around £5 million and has lobbied the government to accept Ukrainian refugees.

Polonchuk's arrival in Britain appears to have spared her 18-year-old son military service.

Weeks after the family joined that of 52-year-old millionaire Overley, the latter left home with the new refugee family, leaving behind wife Imogen, 46, and their school-aged children.

Get ready for an exciting meeting! Daily horoscope for tomorrow, Monday, September 26, 2022

"Remove the devices because she is suffering, there is no more life", the father weeps with the confession about the death of his 12-year-old daughter (VIDEO)

"Your life will change..."/ The weekly horoscope is published, find out what the stars have predicted for you

Born on the plane during the flight, the baby receives a gift that he will enjoy immensely when he grows up

Experts sound a strong warning: Here's why you should never argue with anyone on Facebook