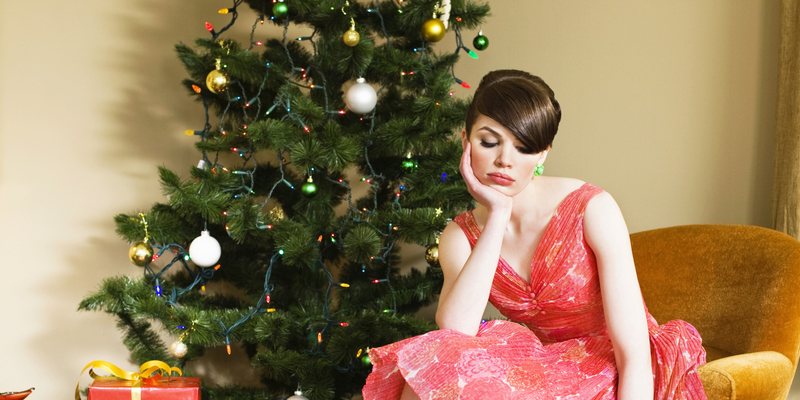 Christmas is probably the most beautiful holiday of the year, but it's not something that is the same for everyone.

Some can not afford Christmas because of the many family events, others feel nostalgic for the years that have passed and their festive season leads to personal "dark" paths. So what are the horoscope signs that do not like Christmas?

Because Aries likes to work hard, they do not like anything that leads to interruption of their activities. This is what these people hate at Christmas, being forced to take a vacation. They prefer to work throughout the Christmas season rather than rest. A Dash will become angry and spoil the festive atmosphere for everyone around him from the moment he has announced that he does not like the season.

Virgos are characterized by the fact that they judge a lot of everyone and themselves. When they are surrounded by their family, they can only judge everyone. So instead of being excited about giving and receiving gifts, they are constantly worried about whether their gifts are good enough. They also like to eat healthy and find it hard to see their loved ones enjoying Christmas food. Their holiday season is even more stressful than expected for them. This is why they prefer to avoid them.

The Christmas holidays are so noisy that Libra can not afford them. At Christmas dinner everyone talks to each other, there is usually loud music and a Libra can not find the serenity that prevails in his daily life.

Complex vacations are neither fun nor comfortable. When so many people gather in one place, it's hard not to be sad. Libra hates the atmosphere created by the Christmas holidays.

Scorpios do not like lies and secrets. During the holiday season, they may discover that someone has lied to them all their lives, or worse, presented them with an alternative to the real thing. They will be hurt and once they fall into the mud there is no turning back. A Scorpio will want to leave immediately and stop talking to the one who betrayed him. This will spoil the Christmas mood for everyone, of course.

An Aquarius enjoys solitude. They prefer to spend time just doing the things they love, rather than being forced to spend boring time with people they do not necessarily like.

When it comes to Christmas, they can not be near their family, among which there are members who do not have a special connection. Automatically, it will create a negative feeling in them. It is difficult for Aquarius to communicate with people he does not like, even on a formal scale.

They get 'flame' directly, these are the 3 zodiac signs that get angry easily and have an incredible reaction

Beware of them/ These are the 5 most trusted horoscope signs

Weekly horoscope by Meri Shehu: This horoscope sign will have big surprises and a new job position

Experts point to the perfect air conditioner temperature in summer

Are you one of them? The most naive signs of the horoscope!

Be careful with finances/ Horoscope forecast for today, discover the surprises that the stars have in store for each sign

They never hurt him, this is the most reliable sign of the horoscope

Don't act hastily/ Daily horoscope forecast, discover the surprises the stars have in store for each sign today

The question that interests everyone: Can dreams really predict the future?

Do you want to quit smoking? Then use these foods

The luckiest signs of August