Why does your ex keep stalking you after the breakup? Find out now what the reasons are 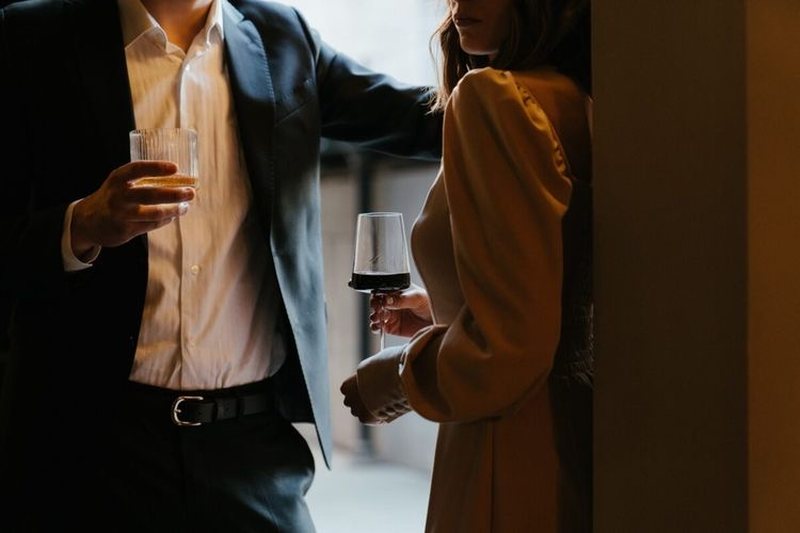 Breakups don't always go as planned and sometimes, one or both parties may secretly want the other person back.
At that point, you have to ask yourself.

Why exactly does my ex keep showing up after a breakup?

•They want a shoulder to cry on.

If you've had a deep friendship that supports the passionate side of your relationship, they may feel like you're still a soft spot to lean on emotionally.

Unfortunately, when they show up like this and tell you their problems, then disappear again, it just creates chaos. We don't often think of emotional labor as work, but it really is work.

Do you think your ex is entitled to this support from you?

•They met new people, failed and now they miss you.

If your relationship has been going on for a significant period of time, it can be really easy to start fantasizing about how great a new date will be.

This is especially common with exes who feel suffocated in the relationship and like they're missing out on something else by being with you.

After their first failed romance after the one with you, they realize that the vision they had of what it might be like to date someone else isn't everything they wanted it to be.

So they come back with their tails between their legs, ready to renegotiate their relationship with you.

• They have changed or are curious if you have

Truth be told, seeing your ex happy after a breakup is not what we want.

It's not that people want their ex to suffer, but they can feel better by comparing their emotional progress to an ex after a breakup.

Like many reasons on this list, this may be completely unconscious. They might have seen something on social media and couldn't stop thinking about you. Someone in his life could have casually brought you into conversation.

Also, if you had fixable problems in your relationship that they didn't fix when you were together, they might have corrected them in an attempt to show off or get you back.

This does not have an explanation.

It is understood as it is read, he only wants that thing!

New opportunities or confusion, learn how the first week of February will be for each sign

These zodiac signs express their love for their partner by cooking

Horoscope forecast, get to know the surprises that the stars have in store for the weekend

They slow down your internet, find out what furniture you should keep away from

Do you still have doubts? These 10 signs convince you that your relationship is no longer worth it

Find out now, here's how to understand that your Wi-Fi is being "stolen", how to avoid it

Where do you find yourself? It is written in the stars, the Horoscope signs that have the most complicated couple relationships

What do the stars say about you today? Positive weekend, but you have to make an important decision

The well-known author of many Albanian songs, Agim Doçi, has made a com...

Today, Olta Gixhari expressed her doubts regarding the support that is being sho...

Monika Kryemadhi was the guest of the leader Luana Vjollca, in the show under he...