How do you deal with betrayal according to your horoscope sign! 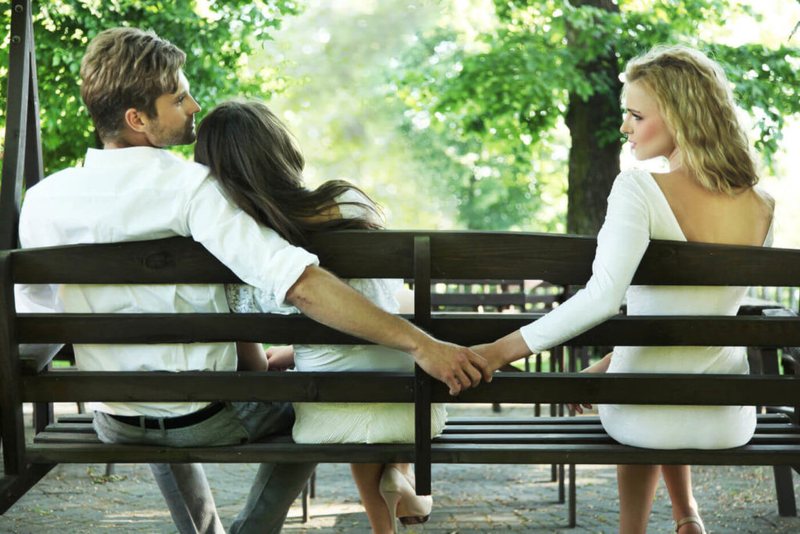 Having someone betray you after giving them trust is one of the worst things that can happen to a person. Betrayal affects us in many different ways and can change the way we treat people and situations in the future. Since we all treat betrayal in our own way, it is not surprising that astrology and our zodiac signs have a special way of helping us cope.

While some zodiac signs know how to deal with betrayal and get out of their strongest anger, others can not overcome it.

What does Aries not do when betrayed? They do not keep it to themselves.

Aries lets everyone know when they have been betrayed. Social media may not be the best place to share someone’s feelings, but it works for Aries. These individuals want the traitor to feel not only their anger but also the anger of their community. They will also confront the person who betrayed them and seek to know why they did it and what they will do to make things better.

Taurus are the opposite of Aries in their reaction to betrayal. They tend to keep all feelings to themselves.

They will feel terrified that someone they trusted (and they do not easily believe) deceived them. They will feel overwhelmed by sadness, embarrassment, humiliation, and disappointment. If they decide to equalize, they will plan their revenge carefully and wait until no one expects them to act. When the time is right and Taurus hits, apparently surprise will be created.

When betrayed, the Twins will behave as if what happened was not a big deal. They can even have a party just to show everyone how they went.

The twins do not want to look too vulnerable or may get hurt again. However, when they are alone at night, their feelings will bubble to the surface and they will have pain. They will blame themselves for allowing someone who destroyed their faith. But the next day at work, no one will know that the Twins are experiencing heartbreak.

American nurse finds out what COVID-19 patients say before they die: They do not want to believe that coronavirus exists

Since Crab is already in touch with their emotions, they react even stronger to betrayal.

They will share their feelings with almost everyone who cares enough to hear, and they will depend on the injury for a long time. Betrayal will affect the whole life of Crabs and will change the way they establish relationships and whom they trust. Crabs will stop talking to the traitor, but they will not block them on social networking platforms. If they want to control their traitor in the future, you will need access.

Lions take betrayal very personally and will question how anyone can betray them, by all people. The Lions are strong and they will set a good front, but they will grieve for the relationship they once had. The lion will try to take advantage of the situation in some way and make the traitor pay. They will want to try to talk him out of it, and if the other person feels bad about what they did, Leo will engage others to help them get back to the author of the work.

When the Virgin discovers that they have been betrayed, they have a great reaction - they shout, cry, throw things and go out.

They demand that the traitor fix things, and if they do not accept, the Virgin will begin to develop a punishment plan. If Virgo wants revenge against you, you better take it seriously because they will not stop until they get it. Remember: Virgos have an idea of ??detail and remember small things, so do not be surprised if you keep bumping them into strange places.

When Libra is betrayed, it will hurt them but they will not let it stop them. They will try to overcome it quickly and move on.

They don’t like confrontation, so they just would never talk about it again and would expect that person out of their life, instead of having a long, drawn-out discussion. Where Libra is generous is when they forgive, and there is a chance that they will want to work with the person who hurt them to rebuild their relationship.

You take life into your own hands if you betray Scorpio. They do not do betrayal well but are excellent at revenge.

It will take a lot for them to forgive someone who betrayed them, but they can hardly wait for some energy to find a great way to get revenge. Scorpios are sensitive and when they are brokenhearted they can do anything to channel those feelings into acts of revenge. Know that after betraying a Scorpio, you will probably never have a place in their lives again.

When Sagittarians are betrayed, they will be terrified for a while, but then they will remove it and focus on something else. The best way for them to overcome betrayal is to change their location and go somewhere new. They are very optimistic and do not tend to describe in detail how they got hurt or how they will get paid. Living well is actually the best revenge.

When Capricorn is betrayed, they will do everything they can to forget him. They will get into their work, get new projects or write that novel they have always wanted to write.

However, the truth is that Capricorn is getting hurt, no matter how hard they try to hide it, and what they really want is an apology. If the person who broke their faith could simply take responsibility for their actions and apologize, things would start to make sense again in the world of Capricorn. Truth may be the only thing they want, but they rarely get it.

When Aquarius is betrayed, they become cold on the ice. They may have an emotional response, but they are unlikely to share it with anyone, much less the person who betrayed them.

Over time, Aquarius will be able to view betrayal logically and scientifically. Aquarius is often fascinated by human behavior, especially when it affects them, so they use the possibility of being the object of someone’s betrayal as a learning experience.

When Pisces is betrayed, they will be overwhelmed by emotions so much that they will crumble to pieces instead. If the person who betrayed them apologizes, Pisces will forgive you, even if it is not the first time the person has broken their trust.

They want to believe they are done and can let that person get back into their lives, but any kind of betrayal actually takes Pisces a long time to overcome. If they are artistic, they will use those feelings in their art.

Good news for these Horoscope signs! Get acquainted (gain, obtain) with present-day techniques that came from Stars

Horoscope / Meet the two most favored signs of Sunday

3 horoscope signs that have luck on their shoulders throughout 2021. The universe has prepared a big surprise for them

Scientists warn and sound the alarm: What is happening is irreversible

6 worst women according to Horoscope signs

The latest study! 10% of people make this big mistake during sex

Signs in a woman who does not have sex regularly

Save once and for all, remove the glue from the jar with this simple trick

Love at first sight, these are the 3 horoscope dreamers

A rare discovery that leaves researchers speechless is the skeleton of this ancient creature dating back 3000-5000 years that can shed a lot of light on the past.