The 73-year-old is shocked, reveals how Baba Vanga predicted the coronavirus: Here is what he told me! 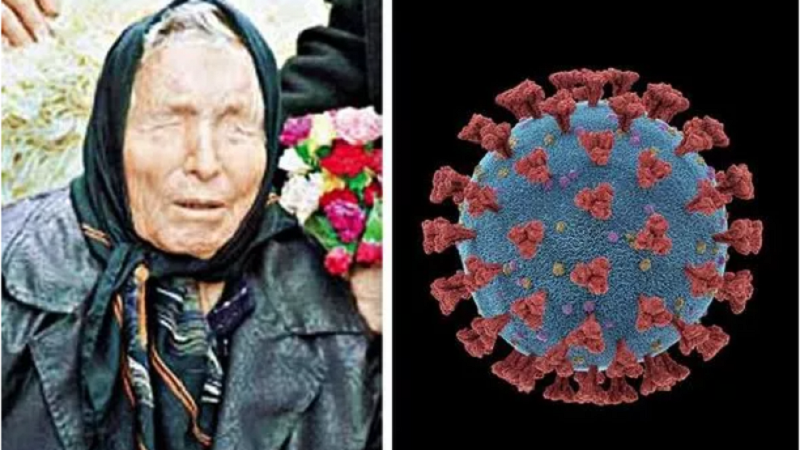 The mysterious blind woman, Baba Vanga, is believed to have warned of the COVID-19 pandemic many years ago, saying "it will be upon us all".

Vangeliya Pandeva Gushterova, known as Baba Vanga, has been described by many as a former Bulgarian authority who believed her prophecies and claims that she had contact with spirits.

Before her death at the age of 84, in 1996, Baba Vanga is said to have predicted the coronavirus pandemic, which began last November in China. According to DailyStar.co.uk, a woman who met Baba Vanga in the 1990s has come out with prophecy news. Neshka Stefanova Robeva, 73, said she learned of the coronavirus warning shortly before Baba Vanga's death. She was told she had told Nostradamus of the Balkans that "the coronavirus will be on all of us."

"Vanga predicted when I visited him years ago: 'The coronavirus will be on everyone.' "I did not understand what those words meant then," said Ms. Robeva.

At the time, the woman assumed that Baba Vanga was talking about Russia.

"Only now did I realize it was the Chinese flu."

These strange claims have also been spread by many people on social media.

Followers of Baba Vanga believe that the woman was a powerful woman who could communicate with the dead and had a vision for the future.

The most famous, however, she became famous after her death when she accurately predicted the sinking of the Russian Kursk submarine in 2000.

Speaking of the future, some believe that Baba Vanga predicted natural disasters and political unrest.

Careful! These are the horoscope signs that betray you the most and you should not believe them blindly

What does it mean if you have sex in a dream

3 signs that a woman has time without sex

Study! Why sex after this age is best

It will no longer be a problem! Use these 6 ways to remove wrinkles on the neck

Weekend horoscope by Paolo Fox, here are the signs that need to be very careful

Friday Horoscope / Good news for love and money, these are the two signs that will stand out today

You should definitely keep these plants at home

"He wins the war ..." / Astrology Meri Shehu shows the prediction of the stars for Basha and reveals the great chance that awaits him: The opposition camp needs passion! (VIDEO)

Keep it strong / Friends for the head belong to these horoscope signs, are rare