Unusual VIDEO that went viral immediately / He opened the bag of chips in the market, spat them out and put them back in the cupboard: The young woman irritates millions of people with her action (Here is what she did to soft drinks) 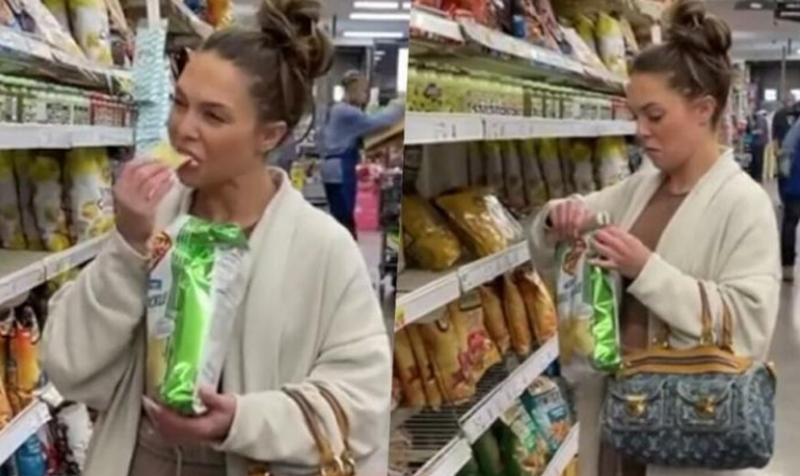 A recent video has gone viral on social media irritating millions of people around the world. After all this is the girl you watch in the video who has chosen a bad example to become famous.

A girl a few days ago had walked through a market, opening the bag of chips, biting them and then spitting them back into the bag and placed in the closet.

As if that was not enough, she did not stop there - she continued to consume soft drinks which she then returned to the shelves.

Meanwhile, it was revealed by Twitter users who wrote that she is a hairdresser and that she described the walk in the market as a "joke", and that she finally bought all the used products.

And if she really did this, there is no official confirmation, but in the meantime she has closed all profiles on social networks.

Do you suffer from sleep disorder? Here are some ways to get rid of insomnia problems

It's time for new beginnings! The horoscope gives fantastic news about these signs, here is what awaits them

You will not believe it! See what women are looking for when entering pornographic sites

Which Horoscope pairs are the ideal combinations to create family

"A big confrontation with a radical change awaits you" / Meri Shehu warns this sign: A tiring relationship will end!

Horoscope by Paolo Fox, signs to watch out for

The moon is on your side / Daily horoscope forecast, discover the surprises that the stars have reserved for your sign

Today is the saddest day of the year, here's what to do to avoid the 'blue moon'

A betrayal is coming your way, these 4 horoscope signs should be shown to be careful

Do more for yourself today, beware of ...! Here's what the stars predict for each of you

The girl in Tirana is "crazy", she undresses in the middle of the street, the citizen puts her hands on her head