The year 2022 has come to an end! The astrologer reveals what you should expect from December 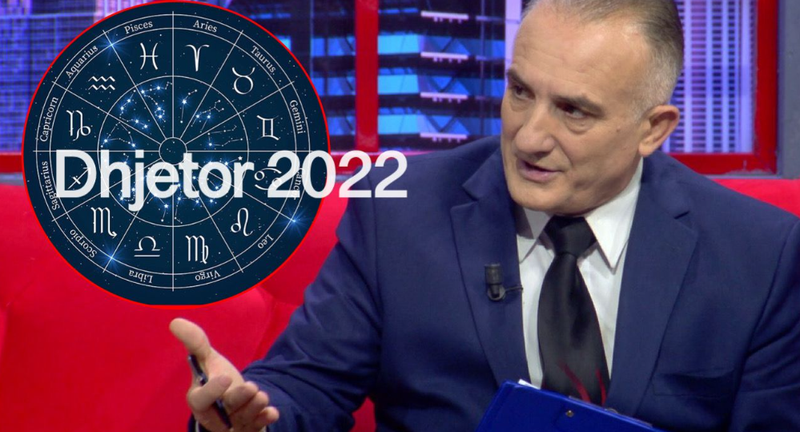 Jorgo Pulla was invited to 'Abc e Pasdites' with Ermal Peçin to share with the viewers the star forecast for the last month of 2022, December. Jorgo expressed with complete conviction that this is December appears positive and quite beneficial.

"The only December that gives great opportunities in the months to come, 2023 is not a year that will be done, but attention, pencil and paper are required. This month gives positive signals for 2023 at least until May.” – leading up to 2023.

Since we are leaving after a year, Jorgo said that December often appears as a melancholic month:

"December is the compass or thermometer that measures the temperature in the coming months. It is indeed a month of festivities and joy, but there are also psychological issues, we think of the past. Since it is a prosperous month, it is the month of big plans. In January onwards, we continue then."

While from the 8th to the 20th we must be careful in economic matters according to the astrologer, we do not immediately say yes, we must think and then act.

As always, Pulla revealed the favored signs for this month, which are Aries, Virgo and Capricorn. On the other side of the coin, the signs to watch out for are Gemini, Sagittarius and Pisces.

More expensive than meat, the country where onion is considered a luxury, you will not believe how much 1 kilogram of onion costs

Horoscope for today, here's what the stars predict for each sign

Expensive or cheap? Scientists explain what the value of a gift says about your relationship

Be careful, don't make a mistake! Find out why you should never charge your phone in bars

End the puzzle! This is why people never smiled in old photos

The Sahara desert turns white, it snows for the first time in 11 years

Don't make this mistake again! Four reasons why you shouldn't give your child a cell phone

For a stronger couple bond, consider these three simple habits

Have you given your password to your friends? Netflix comes with the latest announcement

These are the most intelligent Horoscope signs, are you among them?