The big change in the movement of the planets is coming, astrology Meri Gjini explains what will happen to the horoscope signs at the end of October: After a difficult period ... 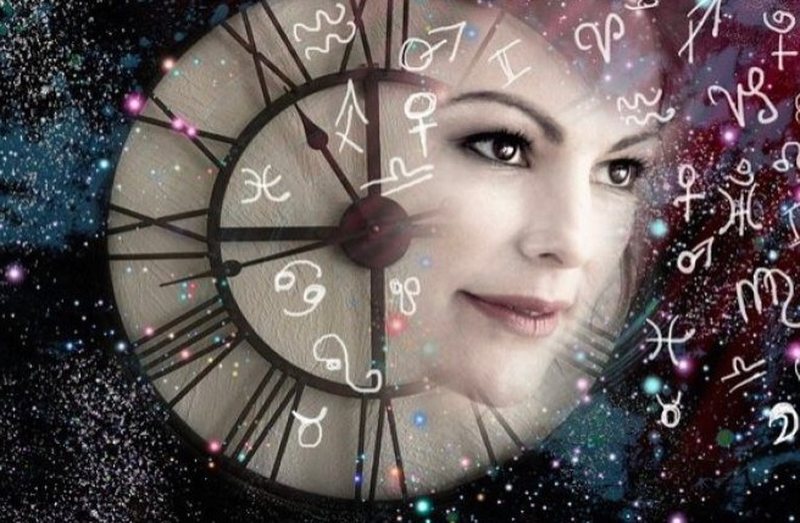 Now Mercury's background is over, but with it were two other planets that returned to their straight line, Saturn and Pluto. After a difficult period with communication and balances, astrology Meri Gjini, invited to "Taste of Home" on TV Klan spoke about the phenomenon that began this week: the passage of the full moon in Aries. She explained the important events and the impact that this event will have on each zodiac sign by the end of October.

Aries-Moon is in themselves, they will have enough attention, enough to set boundaries for themselves. What is certain, with Mercury returning to the right and this Full Moon, will be able to resolve issues pertaining to the profession and the economy to resolve and alleviate the anxiety carried over from September. They should avoid putting things under the microscope, nothing is perfect.

Taurus-Things that will be resolved or where they will have to focus on correcting what has been damaged by Mercury in contrast to the triple entry we had, the first relates to human relationships, both social and family, and the second has to do with the conclusion of collaborations. Uranus in Taurus has prepared and designed them in substantial modifications. This period, at least until the end of the month, will have very good opportunities to clarify and decide the final points or what has remained unpacked from September-October. The full moon gives good developments, but that can come from influences, contacts, meetings with people who have something important to offer or who have the right potential.

Gemini-Beautiful full moon, even though they have been quite tense, charged, with little tolerance, with a little difficult communication and with the tendency for high tones with place and place, this situation will close and will it is possible to have a significant success or direction. Mercury's return to the straight line will flatten things out, despite the fact that they will continue to be the center of attention, but will manage very well the ego, the charm that will spread at a rapid pace. They will be able to achieve the things they want most from October.

Cancer-Mercury in contrast, in the triple entrance, brought a significant fluctuation in emotion and instability in their agenda from small obligations, home, family. They have not shown their enthusiasm and have not enjoyed the routine. Getting Mercury back on track will make it possible for at least this routine to take on colors that give a smile to their daily routine. The full moon causes many of the commitments in their head to be placed in a straight line. The entry of Mars with Pluto, which is opposite, while Mars in a very important position, make that despite being quadrangular, so that the questions are big, at the end of the week will get answers if they continue to pay attention to yourself in whatever direction of movement.

Leo-Tendency is pretty strong to show dominance in their premises and this can make their reactions nervous but so is the response as well. They need to prepare themselves for what they are ready to expect from others and in this way they will be able to control their nervousness or toning. This full moon will make it possible for their obligations, all forms, types of issues that Mercury has issued will be resolved towards the end of the month, starting today with an important phone call or discussion.

Virgo-In eight families on their personal map, very important introduction to address vital issues that are carried within time, such as ownership, sales, purchases, signatures that are greatly facilitated that become accurate with the right Mercury. The full moon will help to clarify with personal questions such as the orientation they want to give themselves in practical matters, the ways in which they can be positioned in close relationships, not necessarily intimate or in the direction of love, but societies and their very close associates, which will greatly facilitate them. It will be a very intense period and will not be affected by the Mars quadrilateral with Pluto.

Capricorn-A smoothing of the program, a clarification of the agenda. Their brains and minds will be enlightened by the practical things they are dealing with. The full moon will bring her the opportunity to take care of herself, to beautify herself, and to bring out the best in her.

Aquarius-Dilemma and uncertainty in economic developments, due to situations of different ways that are not in the same form. What will mark the entry of Saturn with the Full Moon is very important start and continuity business, profession, career.

Pisces- This full moon will boost finances and fantasy. Forms are found to solve the problems of the economy. Where they will have to taste with Venus in Sagittarius is love.

Horoscope, surprises that the stars have reserved today for your sign

Unusual VIDEO that went viral immediately / He opened the bag of chips in the market, spat them out and put them back in the cupboard: The young woman irritates millions of people with her action (Here is what she did to soft drinks)

How many traitors are you? Shows your horoscope sign

Meet the horoscope surprises for today

Career, love and money, astrologer Jorgo Pulla's weekly forecast: These signs should be taken care of

Get ready! These are the three signs that a difficult 2022 awaits

You will experience beautiful emotions / Daily horoscope prediction, discover the surprises that the stars have reserved today for each sign

Have a fantastic day / Horoscope prediction for today, discover the surprises that the stars have reserved for each sign

CAREFUL! "Your life will be darkened" / Meri Shehu warns of this horoscope sign