The new giant species is discovered, the largest in the world (Photo) 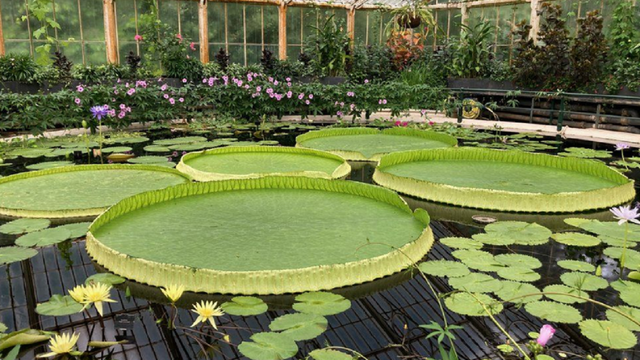 A new species of giant water lily has been discovered, hiding in plain sight for 177 years. The large plant has been in the archives of the Royal Botanic Gardens, Kew and was growing in a number of aquatic collections, but was mistakenly identified as a different species.

Now a detailed scientific study has revealed that it is new to science, it also holds the record as the world's largest water lily, with leaves that grow more than 3m wide.

The plant is called Victoria boliviana named after Bolivia, where it grows in a single body of water in part of the Amazon River system.

Horticulturist Carlos Magdalena, one of the world's leading experts on water lilies, had long suspected that the plant was different from two other known giant species, Victoria amazonica and Victoria cruziana.

So, working with other scientists he collected some seeds and brought them back to Kew, describing this as the "highlight" of his career.

"This meant we could grow it side by side with the other two species under exactly the same conditions. "Once we did that, we could see very clearly that each part was completely different," he told the BBC.

Working alongside Carlos, botanical illustrator Lucy Smith made detailed scientific drawings of all three species.
This also included going into the greenhouse at night, because water lilies only bloom in the dark. 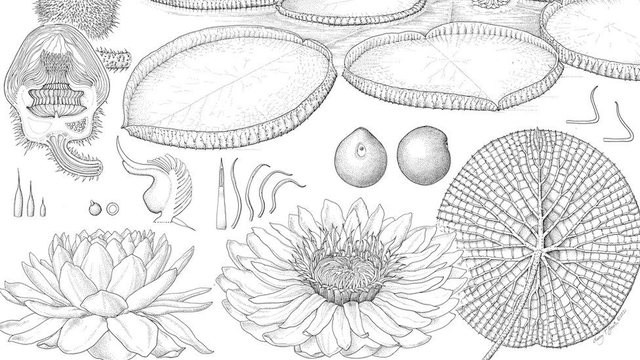 “I was able to access the flowers, and also by looking at the leaves, I was able, as an illustrator, to highlight the differences that I saw. And actually, as I was drawing those distinctions, they became even stronger in my mind, and I found new ways to distinguish them. "Maybe I'm biased, but of the three species I think [the new species] has one of the most beautiful flowers," she said.

Kew has a long history with plants, with the Water Lily House built in 1852 to display its collections.

The new discovery shows that water lilies still have a few surprises in store, and scientists say there is still much to learn about them.

"So there are still a lot of unknowns. And I think because they're so big, so obvious, people haven't really thought to study them in that much detail," said one of them.