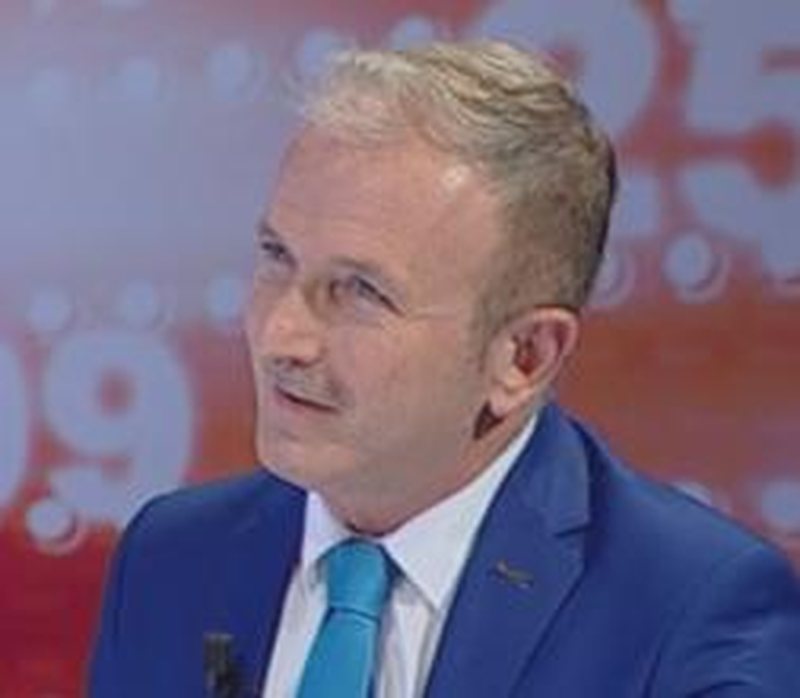 Kardhiq-Delvinë is an important road for tourism on the Albanian Riviera. This new road axis enables the citizen and the tourist to make the Tirana-Saranda road 45 minutes faster. It also facilitates car traffic to Saranda and helps residents of the remote mountainous areas of Tepelena and Leskovik bring their fresh and organic products to the hotels and motels of the Ionian coast. The initial road project was approved in 2007 and divided this 33-kilometer-long road into 7 lots (segments to be built). This is where the first mud of truth on this road begins. Media and party reprimanders talk about the division into seven lots (segments) in 2018, when this project was prepared and this division occurred 11 years ago, in 2007. The smoke for the division into seven lots in 2018 (the 8th lot planned for road signage for the entire length of the road and revitalization of the slopes was designed later) serves to help the allegations that the cost of the road was inflated by 50-60 million euros to 108 million euros in recent years, as new tears came. The truth lies in the fact that in the years 2007-2008 contracts were procured and contracts were signed for 3 lots (lots 1, 2 and 3) and the claim that in 2008 only 1 lot was procured is false. These lots consisted of improving the parameters of the existing road lying on a plain terrain and without geological problems. Although the tears were in favorable geological and construction conditions, the ordeal of the works lasted for a decade (2008-2017), due to mismanagement and technical and financial mismanagement of these lots, which were procured with only 100,000 ALL budget opening funds from the State, at the time the contracts were concluded, creating millions of euros in financial damages for private enterprises entrusted to the State. In 2014, with funding received from the IMF and other budget funds, the government repaid arrears and found solutions to technical problems encountered during the works. The first three lots were completed in 2017. Lots 1, 2 and 3 are contracts started since 2007 and with prices according to the state manuals of 2005, several times lower than the price manual of 2015, on which the other five lots are designed. The Kardhiq-Delvinë road looked like a giant semicircle in 2016-2017, with works started and completed only in its field part. The road had to be finished, but 70 percent of the work remained unfinished and the most difficult and mountainous part of the road. In 2018, the government procured and signed contracts for lots 4, 5 and 6, which lay on a completely new trail, in a rugged mountainous terrain, with complex geology and accompanied by large works of art and costly engineering measures . Additions of works for these other 3 lots were realized due to unforeseen geological phenomena, identified during the execution of works. According to the legal conditions, the additions to the contracts are negotiated with the same contractor due to the impossibility of division of works and the next technological complexity of the works. Lot 7 of Kardhiq-Delvinë road or otherwise Skërficë Tunnel, Due to the complexity and increased risks in the design, it was decided in 2019 to be realized according to the design-build principle. According to this principle, the state delegates all design risks to the private entrepreneur, which for tunnel type works are quite high, due to the complexity of the work and the unknowns that this typology of work presents. This lot cost 17.8 million euros. The tunnel enables, from this road axis, the trip Tirana-Saranda to be done 45 minutes faster. It is very difficult to compare the costs of the first three lots 1, 2 and 3, with those of the other five even though they are within the same project. No self-respecting civil engineer takes on the comparison, as it is an army of parameters to be balanced. Our party donors and false protagonists of a civil society in desperate fundraising, do not think long where they realize the smoke around a road work. Regarding the revitalization of the slopes from the mountainous terrain on the road axis Kardhiq-Delvinë, where the clay says that works were invented in lot eight, these works were not foreseen in any of the projects, but arise as an obligation to extend the life of the work , reducing maintenance costs, increasing road safety and minimizing the environmental impact of the work as a whole. Revitalization treatments consist mainly of setting up protective nets for falling rocks and greening the slopes. These measures will significantly improve the maintenance conditions of this road axis and will significantly reduce the number of road accidents.