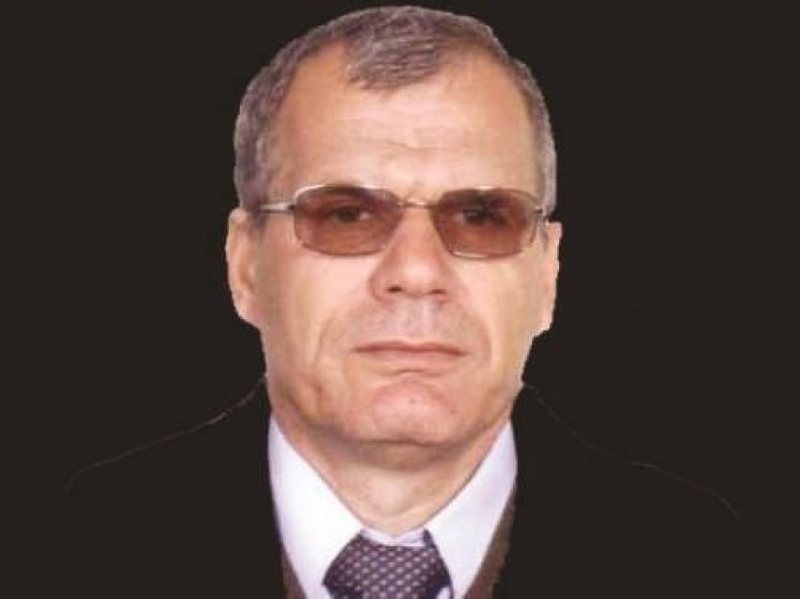 Berisha is not defended with the terminology already as a "historical" leader and this as his "historical" leader can not be used as an alibi, or as an excuse or as a salvation of Berisha for the removal of "non grata" or as a political defense against her from the Democratic Party. The expulsion that Basha made to Berisha from the PD Parliamentary Group is justified and meritorious until the full clarification of that statement that DASH announced for Berisha; It is a very serious decision and an indicator of the DP's loyalty in its relations with the USA, as well as an indicator of the DP's moral and legal seriousness for political VETING and the fight against corruption. Berisha as a former leader of the Democratic Party, she as a historian with its pros and cons, he and his history belong to the past, belong to the transition of the Democratic Party, because: both history and democracy do not are blocked, they do not stand still nor move backwards. Now is the time for the DP to come out of the transition in order to take power and get Albania out of the transition, and the old woman who kept the DP in transition must leave and not behave like a ghost. History moves, moves, evolves and changes because times, circumstances and events change. Today, the DP has Basha as its chairman and the youth at its head. Berisha and the old politician in the DP must accept and recognize that they are already gone. Mr. Berisha has been in charge of the political tasks and power given to him by the Democratic Party for almost 30 years, and does he know that 5 Presidents have changed in the USA for 30 years !? We must remind Berisha that even the historic and glorious American presidents like Bush and Clinton are in political retirement, as did former Chancellor Helmut Kohl, British Prime Minister Tony Blair and now Chancellor Merkel. Only dictators and autocrats, only those who want to be eternal, they always fabricate conspiracy theories, alibis with betrayal and traitors and all sorts of gossip. You of the rostrum with Berisha at the helm, now let the time and democracy of the DP move and walk freely; do not hinder L. Basha, G. Duma, J. Tabaku, G. Bardhi, F. Xhaferrajn, E. Alibeaj, A. Gjekmarkaj, F. Açka, etc .; do not hinder the consolidation and strengthening of the DP so that it emerges from the transition and comes to power; do not try as a shadow to hold the party hostage, its present nor its future; do not put stones on the wheels of the PD alliance with the USA and do not give oxygen to the corrupt and failed power of Edi Rama! Democrats already know that the announcement "non grata" by DASH is for the former chairman, former president, former prime minister and MP Sali Berisha, and this announcement "non grata" is not for the Democratic Party nor for its legitimate chairman Lulzim Basha. The noisy anti-Bashar rhetoric is actually like a desperate anti-US movement. Berishism and its supporters will never be able to oppose the Democratic Party against the United States of America, as such a thing would lead to the isolation and annihilation of the DP. It is a great hypocrisy and deception to declare oneself pro-US and on the other hand to attack Lulzim Basha because his decision to expel Berisha came exactly in line with the DASH decision to declare Sali Berisha "non grata". There can be no real democrat, sincere and conscientious to accept this rostrum and its message and purpose to protect Sali Berisha politically. The anti-Basha rhetoric is a room for muttering intrigues, accusations, rumors against Basha, but in fact they are also anti-US. If the Democratic Party, its highest instances gather and oppose the US decision to declare Berisha "non grata", then the DP will be isolated internationally as a political organization, which defends corruption and its impunity. Now I believe that it is very clear and factual that the DP is not in power today and Lulzim Basha is not the Prime Minister just from the fact that the DP was not detached from the old Berisha, and these rosters today are proving it. best this thing. Basha was in great trouble by the groups and intrigues and intriguers within the Democratic Party, who had sabotaged the victory of the Democratic Party, as they were more interested and desired the loss of Basha and for Basha's anger were interested the loss of the Democratic Party on April 25, 2021 was also desired. Not only the Democratic Party, but any Albanian political party, which is anti-US, it is against democracy, but also against the Albanian national interests; is against the construction of a legal and democratic state; is against Albania and against Kosovo. Who is against the US is against corruption and development, against progress and against the integration of Albania. Therefore, the Democrats of the Democratic Party, neither President Basha, nor the high forums will ever accept or allow this. neither the PD deputies nor its structures, because the Democratic Party is the most pro-American political force. No one will be able to divide or manipulate the Democrats with lies, intrigue and speculation, neither those within the DP, nor the "agencies" of Rama's government, nor the corruption and mercenarism of the media.