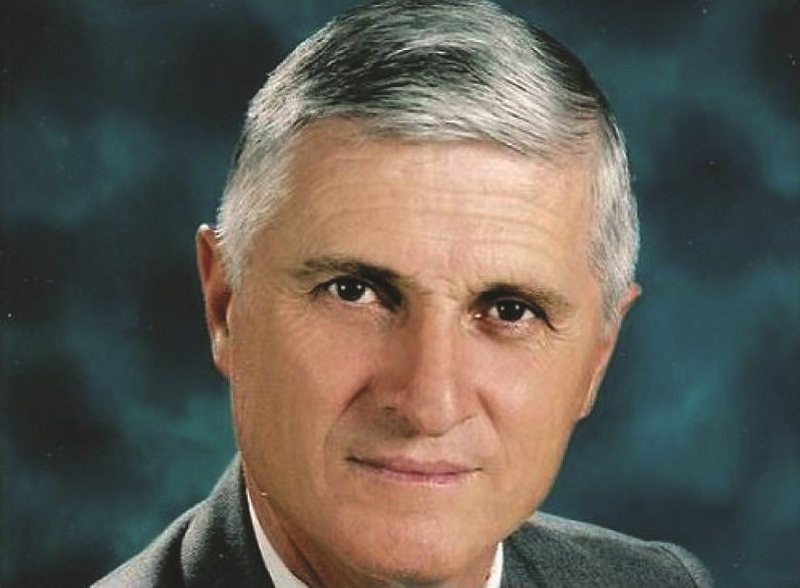 A new one was added that will last a little more than three days: A bloody punch on S. Berisha's face. What happened today, on the sixth of the twelfth month of the year, at lunchtime, with lots of sun and little clouds, with the former president, former prime minister, former communist, former anti-communist, former doctor, former and is the polyspy of so many lobbies, starting with the Serbs and ending with the Americans, the former and is the clown chairman of the paleodemocratic party, the 79-year-old zSBerisha, is a serious, outrageous, irregular, fully punishable by law act. At the same time, that event, overfilmed and shown on the screens, is also a kind of artistic work in miniature; an amateur act that for years and years to come will make more people laugh than cry, more people will say, "Well done" than " Obobo, poor thing, what did he find!" And in such cases the magicians have the right to mock and make fun of the actors. More, of course, they laugh at the old man than at the young man. "We were scandalized by the physical attack today to a member of parliament and we expect the authorities to fully investigate the incident. No one should be attacked for exercising freedom of speech in accordance with the law." This is the most serious mockery that could be made in this case." Such an articulation of "concern" and "consolation", with the most popular words in the Albanian language , I honestly say, only American diplomacy can do it and we must learn from it, even in this unfortunate case for us, when one of the 140 members of the Parliament bled. Technology has brought us unimaginable opportunities and through blogs and writings, As far as I know, the media has flooded the voices and voices of those who cannot be beaten without speaking. I can be labeled one of them. But we are exercising the right of speech, one of the most worthless rights in this economic-social system, a system in which the first and most fetishized value is money and private property. However, let's be a little more objective, that is, sit crooked and speak straight. You, my friend, who have been with all those office workers, who have a donkey with school, an arsenal of foreign languages, a big bag of leadership experience, friends have come to you. And there are not a few, but 27 plus 6 presidents, presidents and presidents of states, multiplied by four hired companions for each, plus six hundred journalists, plus those who are not shown to be present from an entire continent and you, instead of waiting for these friends as you see fit, go and decide to wait for them in protest! He even calls it the main protest! Are you on human tracks or not!? Where does the mule lead you?! All your friends, whom you call 'good and bad', are telling you: Give up the protest on this day! Do it, even make an uprising if you can, but not today! But you, of course not! Stand like a mule! Do you see what happens to you when you only listen to your head? There came a nosy over there, wise or lazy, and rushed and put you down! He fed you in his fists! Even the one you had by your side could not protect you. Those who pay you and are supposed to protect you were confused by the surprise and remembered too late. Therefore, not everyone laments the problem. Most people will tell you nowadays: You found what you were looking for! He talked and talked, even though he was tired, bloodied, tired from age, some of the euphoria, some of the fear and some of the other natural feelings and emotions of those moments, what did he say there about the head of the current Albanian government, about friends, about enemies. But, from time to time, he kept falling into a hole: "Edi Rama, in genealogy, in personality, in family, in history, is only a criminal! Even a master criminal!". Shame on you for making such accusations about someone who is performing one of the tasks that you have performed before and that you have done many times worse. He is only a careful successor, under new conditions, of your work. But you have your problem elsewhere: you have an idea why he is getting rich and you stayed where you were. Why is he being praised and you are being forgotten, why are you not proceeding as required by the implementation of the duties of your ustallars for the disintegration of Albania as soon as possible. Many people noticed from your tone and physiognomy what you said and how you said it about Russia and Serbia, what about America and Albania. I completely opened the grave for your country with what you said. And you forgot that whoever opens another's grave falls in himself! With the sincerity of a peer, that I feel sorry for my homeland more than you and anyone else like you, that my soul burns for the children who have emigrated and would be here if you were not in charge, for my hometown that is moaning, for the foundations of our houses that are crying, I am saying my opinion: O old derdimen! Surrender the task and stay calm in your house. You performed the mission very well until yesterday. You ruined it today! Go home and "enjoy" - if they left you comfortable - the days that are left for you. Very respectfully.