What were the "palladins" of Albanian anti-communism doing on August 10, 1988?! 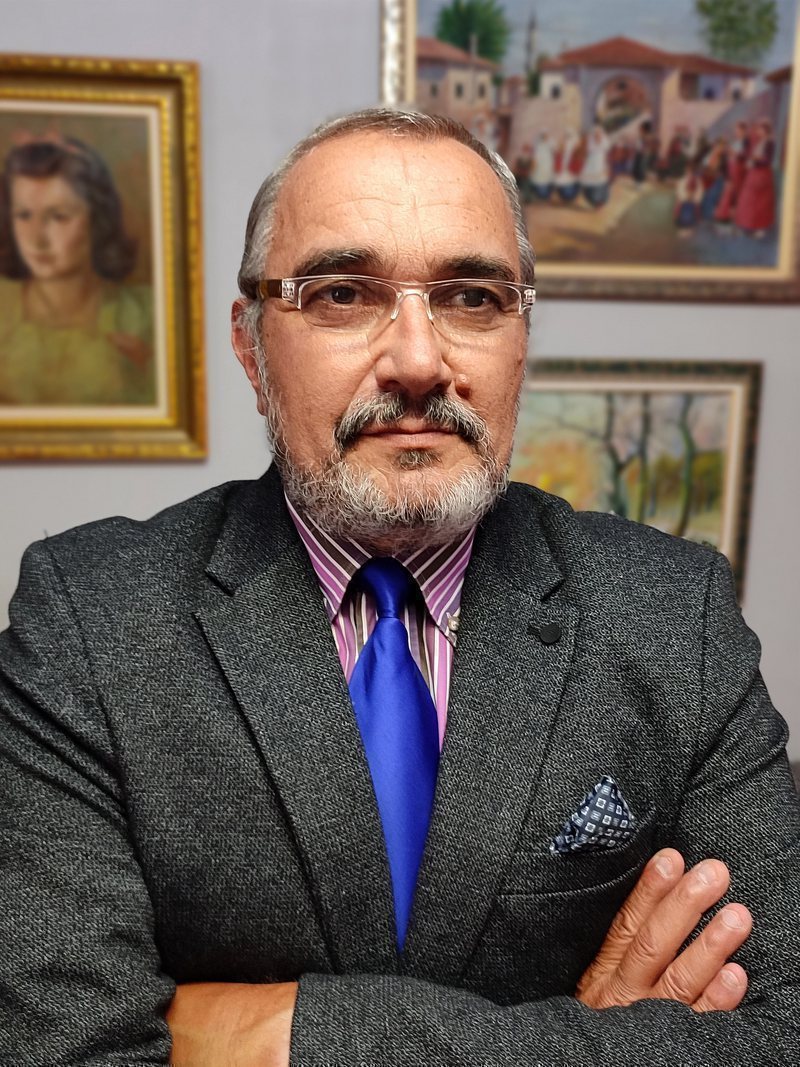 I was sure that when August 10 or yesterday came, Berisha and Meta would mention the murder of Havzi Nela against Rama! I am convinced that they have not read anything by Nela, they know nothing, but a disobedient rebel like Nela serves you today and yesterday in their stinking post-communist government. To Nela or the man "par ecellance" it was good that those Stalinist-Enverist garbage made his grave yesterday, but by using his name today, such original post-communist garbage brings back the "bones" of an anti-dictatorship rebel who was buried vertically after the grave. On May 22, 1967, the poet was sentenced to fifteen years in prison for crossing to Kosovo. All his property was confiscated. His wife was sentenced to ten years in prison. The poet never agreed with the dictatorship and its puppets in prisons. On August 8, 1975, he was given another eight years in prison, because he was considered an ardent enemy of the Party and the people. On December 19, 1986, he was allowed out of prison, but only for a short time. Less than a year later, on October 12, 1987, he was arrested and exiled to the village of Arren. On June 24, 1988, the Supreme Court of Albania, composed of the communist judges Fehmi Abdiu, Vili Robo and Fatmira Laskaj (to whom neither the power of Berisha nor the SP did a single scratch) rejected the request of Lavdia Nela against the punishment of her husband death. The court decided that Havzi Nela should be sentenced by hanging. The final approval of the death penalty by members of the Presidium of the People's Assembly led by Ramiz Alia, led to the execution of Havzi Nela. On August 10, 1988, at 02:00 in the morning, he was executed by hanging in the middle of the city of Kukes. After being exposed all day on August 10, 1988, at midnight it is said the security and party took his body and placed it vertically in a hole created by removing a wooden post. He was deprived of the opportunity to lie down like all the dead. He stood on his feet for five years and ten days, until August 20, 1993! Of course, then he was honored by former communists and ignorant spies, recycled into democrats! But what did today's "palladins" of democracy do who do not know a poem by Nela when their party killed the poet? Berisha was a man of Enver's house, a devout and loyal communist. A former secretary or not at that time. A friend of the Hoxha family or the dictator's son?! What did he do?? What? What about Ilir Meta? Today they want to say that he was a spy. Who?? But the family was worthy of the party! What did he do? We find that it was difficult at that time, but Berisha when he was gathered in August in 1990 by Ramizi? What about Ismail Kadare at that meeting, what about the students at the meeting? What did they say? What about Rama? Well, my father, what would he do, not sign?? What about Rama as an "anti-communist", but what did the Pedagogue do in 88? Or did he not read poems of this kind!!? Oh, who among the "palla'dins" of democracy spoke, said something, complained, or got nervous!! No one, no one at all!! It was heard hanging in the middle of the city, but no one made a sound! Haaa it was time! What time was it then? Yes, it was time that they sat in the hole of the "party's ass" and smelled it, to make us stink with their mouths of "m..t" democracy for 30 or so years. Not only these names I mentioned, but many, many other "Palladian" intellectuals of democracy were not "alive on August 10, 1988"! They came alive after 1990 when their party gave them permission to eat as much as they want for democracy just to preserve the people and vices of dictatorship. A shame like all other shames.

Fishta, Kanun, Homer and streams of a common source

The autonomy of Macedonia, what the Albanians gained and what the Europeans lost!

Albanians, when they hear Berisha and Meta, clo...

Whoever leaves Albania does not love either his...

No connection between the secretaries of the co...

The operation (after the war) of "Tik" Alimadhi...