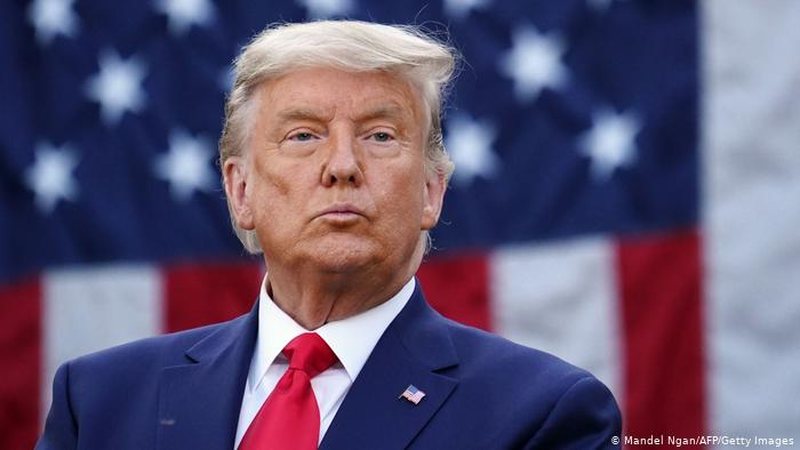 After a fierce campaign, to some extent with banality marks, it finally became possible to return to the identity of liberal democracy. January 20 not only brought the inauguration of older President Joe Biden, but for most of his constituents, it is America’s return to identity. America has talked a lot about credible and workable strategies in defense of liberal democracy. Which was talked about even during the toughest campaign in the history of the American presidential election. During the campaign there were rumors that the new president will be another unique opportunity to strengthen liberal democracy around the world. This opportunity, in a unique sense, is dictated by global perspectives, which are undermined by the policies of populist governments and extremist organizations. These populist-leaning governments and organizations, which have an east-west geographical extension, have as their political strategy the technocratic power and a formal system of justice. Manifestations of this nature, from the clashes of the moralizations of perspective with those of the past, were strongly demonstrated in our post-communist society. The void of populist policies that moralized the building of liberal democracy was filled with individualistic immorality, creating mythical figures who speculated on its behalf. But liberal democracy also took a hit at its castle on the Capitol, from extremism instigated and stimulated by outgoing former President Trump. These events, which go beyond the mentality of his dynasty, were commented on as a pressure on liberal democracy, suggesting that they were risking retreat. These unprecedented attacks on a country with a consolidated democracy like America, created an unreliable situation for the missing strategy of liberal democracy. This was confirmed by most Republicans, who by supporting their former representative Trump, set the most negative example in US history, by bringing and inciting anti-democratic unrest. The fact is that over 73% of Republican voters thought Trump was defending democracy. What an absurdity. Because these riots, which were closely followed by the whole world, showed that the figure of their representative, fell to the lowest levels in the history of American democracy. His negativity as a continuation of the policies pursued for 4 years, made him lose support in congress. On Jan. 13, 10 Republicans in the House of Representatives joined Democrats to try Trump as a supporter of terrorism. Incentives for the second time for uprising, could lead to a Senate lawsuit against Republican Mitch Mc Conell, who reportedly wants to get rid of the old party. His trial will depend on whether he is held accountable by the January 6 coup. For the new President Biden, it was not only Trump who overcame the obstacle he overcame, but also other injustices of a political, racial, economic and health nature, to present himself as a global leader, in defense of liberal democracy. But American history, as a model of world democracy, has not been perfect with enduring sincerity. She has also experienced other shocking events, such as the secret society Ku Klux Klan, which was characterized by racism and hatred for foreigners. Shocking events followed the assassination of Martin Luther King, Jr., a prominent human rights activist. bearer of the values ??of freedom, harmony and equality. Also the assassination of President Jon Kennedy, where although there are 2800 secret files it has not been possible to uncover the truth. But speaking from the positions of the powerful state, for their economic and political interests, they have supported authoritarian governments, to overthrow the elected ones, as opposition to the former BS. In 1950 they overthrew the Iranian government, eased the military coup against former Chilean President Salvador Allende, continuing with Central America and the Caribbean, as well as oil-producing countries. This panorama that does not conform to the principles of liberal democracy, especially for a country like America, has prompted the new Biden administration and vice president. his first-time incumbent Kamala Harris, have another vision for the future. They are devising a strategy with unique opportunities, to develop sustainable and credible policies, to change the image of world power, from the stains of right-wing extremism. The policy strategy of Biden and his staff will not be the same as before, because it will not interfere in the internal affairs of other countries to effectively support the establishment of liberal democracy. Under this administration an externally imposed regime will have major problems gaining legitimacy and credibility. American broadcasts supporting liberal democracies in the world should not be taken as foreign intervention. The program of the new administration will take into account the creation of gray areas, which have as their object the border between anti-authoritarian views and interventions for regime change, where there is consistency of policies of common interest. This administration thinks that the world needs new methods of "weapons control" as new technologies, armaments and security and economic objectives become more difficult to achieve. This program, which is characterized by high goals, has an internal agenda giving priority to justice. Unlike what happened in Albania, where the right, during its stay in power, paralyzed justice and left free avenues for anarchy, which laid the rails of organized crime and corruption throughout the state pyramid. This administration seeks to eradicate the "original sin" of American society, of white supremacy, setting a significant example throughout the democratic world. It is committed to defending liberal democracy with dignity, as the only governing system that can fulfill universal human aspirations. Unlike the first administration that cooled ties with allies, making some sort of closure to America, this administration will strengthen ties with them, with a system of alliances, to protect cyberspace, artificial intelligence, biotechnology, the risk of change climate change, securing global goods, and fighting the pandemic. According to this administration, for decades the US has lacked a comprehensive, credible and achievable strategy to support liberal democracy. It therefore alludes that addressing many old and new challenges requires a revived multilateralism and more effective institutions. According to various comments from critics and politicians, this administration with leaders Biden and Harris,