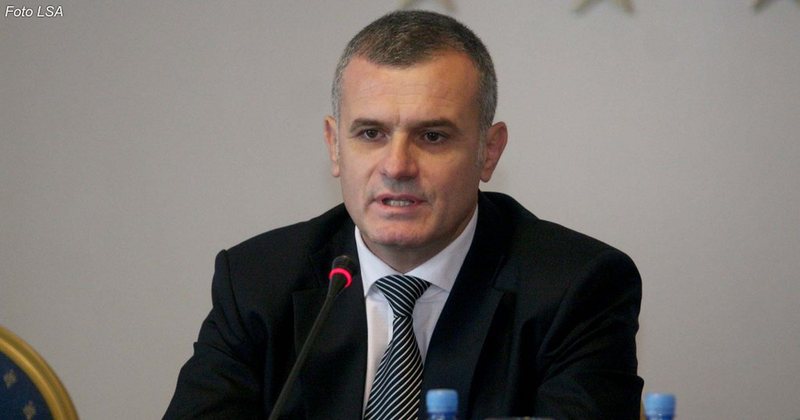 In the Governing Program 2013-2017 and 2017-2021 the Government of the Rama sect committed and promised the gradual reduction of public debt to about 60% of GDP by the end of the mandate. (point 2.1 microeconomic stability, page 9, program 2017-2021). This is also evidenced by the commitment to reduce public debt in the public financial management strategy, where for the period 2014-2020 a level below 60% by the end of 2019 is projected and the target level for 2020 at 56.7% of GDP- of. It turns out that public debt from 884,692 million in 2013 or 65.5% in relation to GDP has increased to 1,223,810 million or 77.9% in relation to GDP at the end of 2020. If we eliminate the effect of the pandemic during 2020 and get to considering the activity until the end of 2019, the stock is reported in the amount of 1,112, ALL 044 million or 66.2% of GDP, ie almost at the same level as in 2013. This shows that during the period there was no real reduction of debt, but the improvement of the ratio has come mainly as a result of GDP growth and at the same time from the exchange rate depreciation, which has had the effect of reducing the debt stock as almost half of the state public debt is in foreign currency. Today, in the next mandate, in the Government Program 3, on page 16 is quoted literally "The target of this mandate - accelerated fiscal consolidation aiming at debt below 60% at the end of the mandate". How much trust should Albanian citizens have in a government that has not fulfilled its commitment in 8 years and promises the same for the next 4 years? Beyond the fact that the commitment of the 2013 and 2017 programs has not been realized,

The value reported in the public debt indicators does not include arrears (hidden public debt), in order to control the reported fiscal indicators. The value of arrears until the end of 2020 according to MFE reporting is estimated at about ALL 14 billion, not including the stock of reimbursable VAT. These data are reported based on the self-declaration of budgetary institutions, which carries the risk of non-declaration and accurate reporting of liabilities. This has been largely conditioned by the conclusion of budget contracts beyond the funds approved by Parliament as available funding, creating hidden debt. The most recent case concerns the contracts concluded in the electoral year 2020 (since this is where the process of preparation for the electoral elections began), beyond the value funded by Parliament with normative acts. The rest of the inaccuracy is related to the understatement due to non-reporting of liabilities arising from concession contracts. The real effect of these contracts and the reflection of liabilities is being realized by transferring the liability related to them, to future generations. If the obligations of about 80 concession contracts of PPP form concluded in the years 2014-2020 are included, the public debt increases by 11.6% reaching 89.5% of our national production. If we add another 446 million euros, liabilities from international courts (loss in the case "Hydro Srl" (Beçhetti case) 109 million euros; expected losses "Durrës Kurum Shipping sh.pk" 100 million euros, "Arka Energy BV" 110 million euro, Costruzioni Dondi-Kubota Co 90 million euros and "JV Copri Construction Enterprises" 37 million euros), Albania's public debt increased during the period 2014-2021 increases by 23.4%, capturing the alarming value of 112.9% of GDP. All these risks, together with the non-realization of the commitment to take in the first and second governing program, are a hidden debt, which potentially increase the value of public debt above the current level accepted and reported by the Ministry of Finance and Economy . How can a Government commit to promise debt reduction to the level of 60% when with complete irresponsibility not only did not fulfill the commitment to reduce it from the level of 65.6% to 60% of GDP during 8 years, but increased it to the level of reported 77.9% in 2020 and increased the risks for a potential level of debt up to 112.9% ?! But has this debt taken over the years to support economic growth really gone through public investment? According to the report of the Ministry of Finance and Economy, the performance of public investments has decreased and increased, showing that even in periods when high debt was incurred, capital investments have decreased compared to last year, specifically in 2014 decrease. investments by 4.7 billion ALL, in 2015 increase by 2.3 billion ALL, in 2016 decrease by 3.6 billion, in the electoral year 2017 increase by 8.9 billion, in 2018 increase by 9.9 billion ALL, in 2019 decrease by 3.5 billion and in the pandemic year 2020 with an increase of ALL 10.3 billion. If we analyze the year 2020, the debt has increased in nominal value by ALL 111,766 million. This was achieved through internal financing of about ALL 48 billion (treasury bills and bonds) and external financing of ALL 61 billion (of which Eurobond and budget support, in total EUR 720 million). According to normative act no. 28/2020 where the increase of debt is foreseen by ALL 64 billion, the increase of investments with domestic financing is foreseen at ALL 12.9 billion, for road transport projects and water supply and sewerage. This indicates that the new debt planned to be taken out was not intended to be an investment. If we take into account the quality of reported capital investments, the above effect includes an even worse situation, as it includes expenditures, which are not really presented as investments, mainly those with foreign funding. These include human capacity building projects, energy sector loan projects, which are transferred to energy sector companies, which have continuously created liabilities to the state budget for the newly accepted sub-loan relations by the joint order of the ministers of MEI and MFE no. 304 dated 17.12.2020. The value of liabilities that the energy sector has to MFE, from ALL 12.7 billion in 2017 has gone to ALL 30.5 billion in 2020, while the value of liabilities that budgetary institutions have to OSHEE from ALL 13.5 billion (10.8 only water supply) has gone to ALL 20.8 billion lekë in 2020. This also shows the chaotic relationship that has been created with the debt taken from the energy sector, far from what is advertised as a recovery of the energy sector, influenced by the mismanagement of companies. On the other hand, according to the claim on debt service improvement, debt interest rates have decreased including a more favorable debt service from ALL 43 billion (domestic 36 billion and foreign 7 billion) in 2013, to ALL 34 billion ( 22 billion domestic and 12 billion foreign) in 2020. But is this a consequence of the success of good governance? First, the interest rate in the domestic market over the years has been decreasing, as a result of the monetary policy of the Bank of Albania and consequently this has given its effect in reducing the interest rate of the issued debt. Second, the effect of the exchange rate on the external debt service has led to a reduction in interest expense on foreign debt. This is not an achievement because we have to be careful with the current level of debt as an increase in the exchange rate would constitute an unfavorable environment for supporting debt service in the coming years. Third, the effects of interest rates up to negative in international financial markets can in no way be considered a success of the government, but a reflection of the favorable situation regarding interest rates in international markets. The question is what will happen when the international markets give signals for an increase in interest rates and the debt must be refinanced (Eurobond) ?! In these conditions, the commitment to reduce public debt to 60% of GDP is not just an impossibility but an irresponsibility and a great deception that is being done to Albanian citizens for the third time by Rama and his sect.

"From Casus Bell to conspiracy theories - To harm Albania"

Have they accidentally forgotten "not allowing ...

O Sali Berisha, you made our party like a "mote...