A new war on the horizon is about to erupt, warships surround Japan, here is the movement of Putin and Xi Jinping that is alarming Tokyo 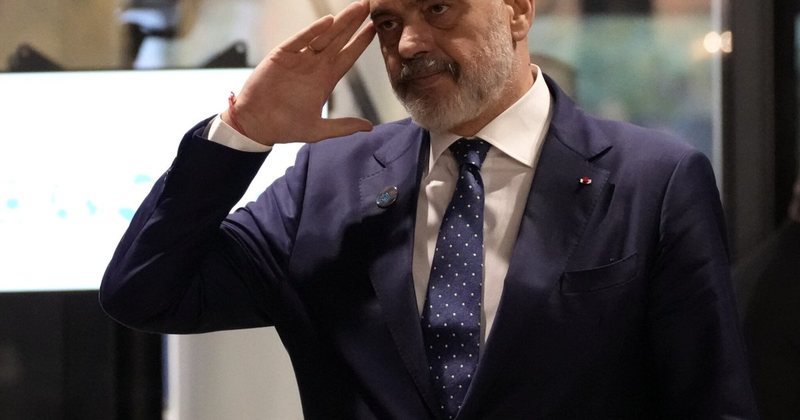 He behaves more Macedonian than Macedonians, without being asked by anyone.

Bulgaria has not taken Albania hostage.

The Bulgarians have vetoed Skopje, no matter how unfair it may be.

The EU, if it wanted, would open negotiations with Albania and wait until the Bulgarian-Macedonian conflict is resolved.

But in the EU there is no mood to favor Albania.

The reasons for this are not only in the EU, but also in the state of democracy in Albania (miserable state), in the justice reform which is often just a facade, in the impunity of the perpetrators of corruption, in the oligarchization of the economy, in the allocation of state resources between power partners, media control, lack of ethics and public accountability.

Toxic polemics towards Bulgaria on the Albanian side are counterproductive.

Especially in recent history, Bulgaria has maintained a very positive attitude towards Kosovo, not only with the recognition of independence, but also with the support of Kosovo in international forums.

He was briefly arrested in Bulgaria on the basis of an international arrest warrant launched by Serbia.

In the past, Albania has also received a lot of support from Bulgaria - both in the path of European integration and in the process of joining NATO.

Bulgaria's conflict with Northern Macedonia belongs to these two countries, not Albania.

Albania has other tasks. As it has not fulfilled those tasks and is failing to allay skepticism in Western Europe, the easiest path is controversy against Bulgaria.

The Resurrection of the Great Mother, a passport to the EU, the holy Dodona with two special humanity has been at the top of Europe

Unanimity in the EU, the use of blackmail as a strategy prevents "fast" and safe "entry"!

Albanians for Albanians, this should be the dilemma of today

Misuse of power in Albania by certain individuals!

Big loss / The black media world! The well-known television presenter dies at the age of 40, family members give the sad news: The most amazing man has left (NAME + PHOTO)

Sad news comes from the media world, where it is announced that she has lost h...

Heavy sleep of the Russian people

Shouldn't vetting be done too !?